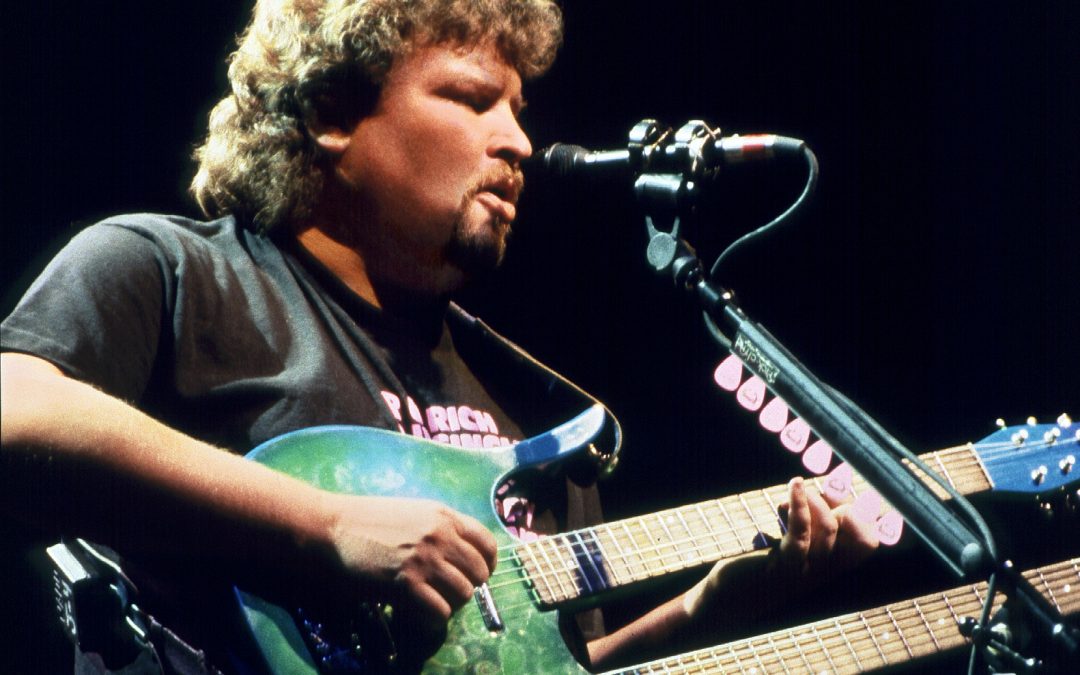 “He lived to play our music we created together. He could play any instrument he chose, but his harmonies I’ll miss the most. I’m thankful we got to create music together for over 50 years! Wish we could play ‘My Home’s in Alabama’ one more time. I’m hurt in a way I can’t describe! To Lisa, thanks for loving him and being there for him to the end. Play on, Jeff. Love you!” -Randy Owen

“Closer than brothers, we lived together more than with our immediate families. Don’t think I’ve known anyone who loved playing more. Jeff, along with me and Randy, experienced the highs of undreamed success, as well as some very tough early years. None of us were perfect, but together we had something so special it will never die. No other guitar player I’ve known had the range of styles Jeff had. No one can take your place. Ever. Rest in peace till we get to jam again.” -Teddy Gentry

Cook, a founding member and legendary guitarist of the supergroup ALABAMA, died peacefully on Monday, November 7, at his beach home in Destin, Florida. He was 73. The multi-award winning guitarist was diagnosed with Parkinson’s disease in 2012.

As a member of ALABAMA, Cook enjoyed one of the most successful careers in country music history. More than five decades ago, Cook, along with Gentry and Owen, left Fort Payne to spend the summer playing music in a Myrtle Beach, South Carolina bar called The Bowery. It took Cook, Gentry and Owen six long years of tip jars and word-of-mouth to earn the major label deal they’d been dreaming of. Then, seemingly no time at all to change the face of country music forever. Cook’s iconic guitar licks, unique fiddle style, exceptional vocals and harmony, along with his bandmates, went on to sell 80 million albums and charted 43 No. 1 hits, becoming the biggest group in the history of the country genre.

Cook is survived by his wife of 27 years Lisa Cook, beloved puppies Blazer and Blakely, his mother Betty Cook, his brother David Cook, Crystal Cook, his father-in-law Jerrial Williams, his brother-in-law Randy Williams and many nieces and nephews. Cook was pre-deceased by his father James Cook and his mother-in-law, JoAnn Williams.

In lieu of flowers, the family has requested donations be made to THE JEFF AND LISA COOK FOUNDATION:

Arrangements for Cook’s “Celebration of Life” will be announced at a later date.