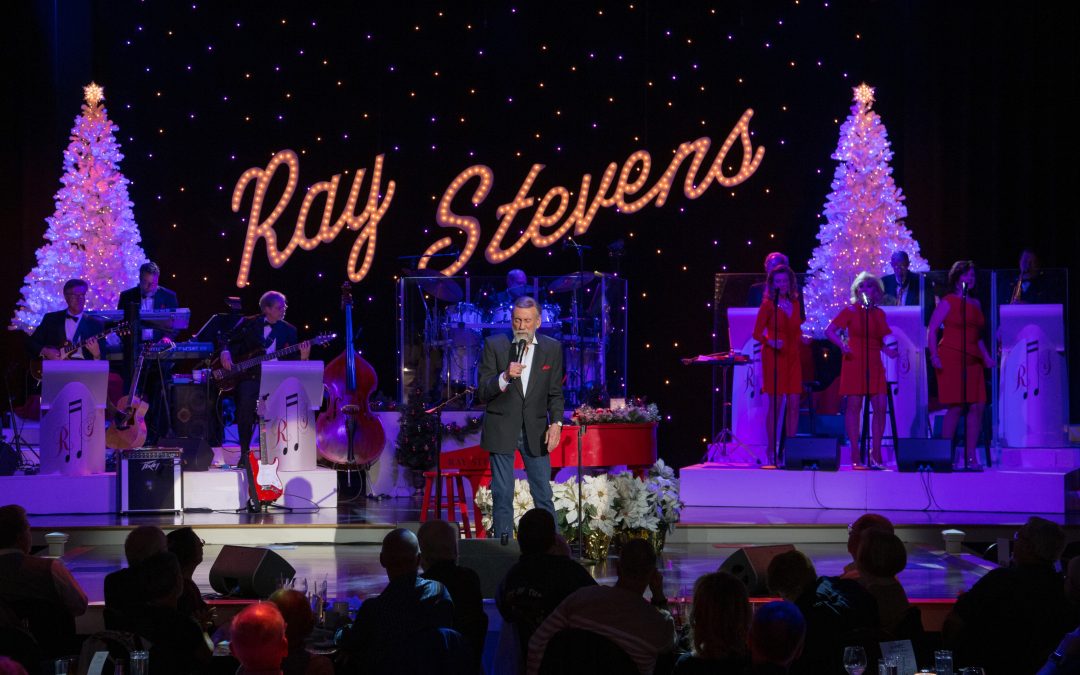 Nashville, Tenn. (November 20, 2018) — The holidays are just around the corner and music legend Ray Stevens is already “decking the halls” at his new Nashville showroom, CabaRay. Beginning this Friday, November 23 and running through Saturday, December 29, Stevens will perform multiple live “Christmas at CabaRay” dinner shows at the venue.

“It’s beginning to look a lot like Christmas at the CabaRay,” says Stevens. “The CabaRay is now fully decorated for the holidays and the shows will take on a decided Christmas flavor right after Thanksgiving.”

CabaRay is located at 5724 River Road in West Nashville.

Opened to the public in January of this year, CabaRay is an homage to the producers, musicians, songwriters and artists who “made Nashville Music City,” according to Stevens. The venue’s interior is wallpapered with recording studio photos of sessions where hits like “Pretty Woman,” “El Paso,” “Ahab the Arab,” and many others were born. The showroom features six red leather banquette booths named for esteemed Nashville record producers Chet Atkins, Owen Bradley, Shelby Singleton, Fred Foster, Jerry Kennedy and Billy Sherrill.

Twelve-time nominated and two-time GRAMMY® Award winner Ray Stevens has spanned the generations with 60 years of comedic musical talent, including songs such as his multi-million selling hit “The Streak” and his classic pop standard “Everything Is Beautiful.” Throughout his career, Stevens has sold more than 40 million albums and continues daily office operations at his home base, Ray Stevens Music, located on Nashville’s historic Music Row. Stevens hosts Ray Stevens CabaRay Nashville, a 30-minute weekly music/talk show airing on Public Television. The music legend recently opened his very own Nashville entertainment venue, the CabaRay Showroom, a 35,000 square foot music venue where Stevens performs weekly live concerts. In the summer of 2018, Stevens’ legacy was cemented into the history of Nashville when he received his very own star on the Music City Walk of Fame.