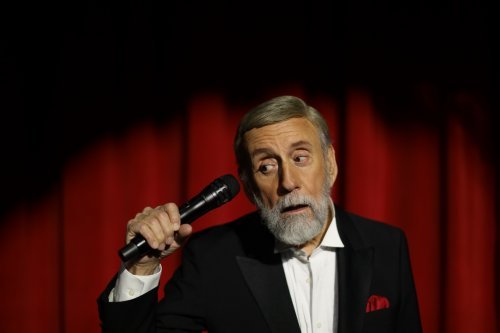 Nashville, Tenn. (March 17, 2022) — Country Music Hall of Fame member Ray Stevens returns to the stage this weekend as he kicks-off his 2022 live concert season at the CabaRay Showroom, located in West Nashville. Beginning this Saturday, March 19, the two-time GRAMMY® winner will resume live dinner shows with weekly performances continuing throughout the year.

“Everyone has taken off their masks and started going out again,” says Stevens. “So, come to the CabaRay! We are reopening this weekend and I can hardly wait!”

On Saturday nights (and Thursday nights beginning April 21), Stevens will perform 90-minute concerts which include performances of many of his biggest hit songs including, “The Streak,” “Mississippi Squirrel Revival,” “Misty,” “Gitarzan,” “It’s Me Again Margaret,” “Shriner’s Convention,” and “Turn Your Radio On.” At each show, dinner seating begins at 5:30 p.m. with the live concert following at 7:30 p.m.

Tickets are on-sale now at raystevenscabaray.com or by calling 615-327-4630. CabaRay is located at 5724 River Road in Nashville.