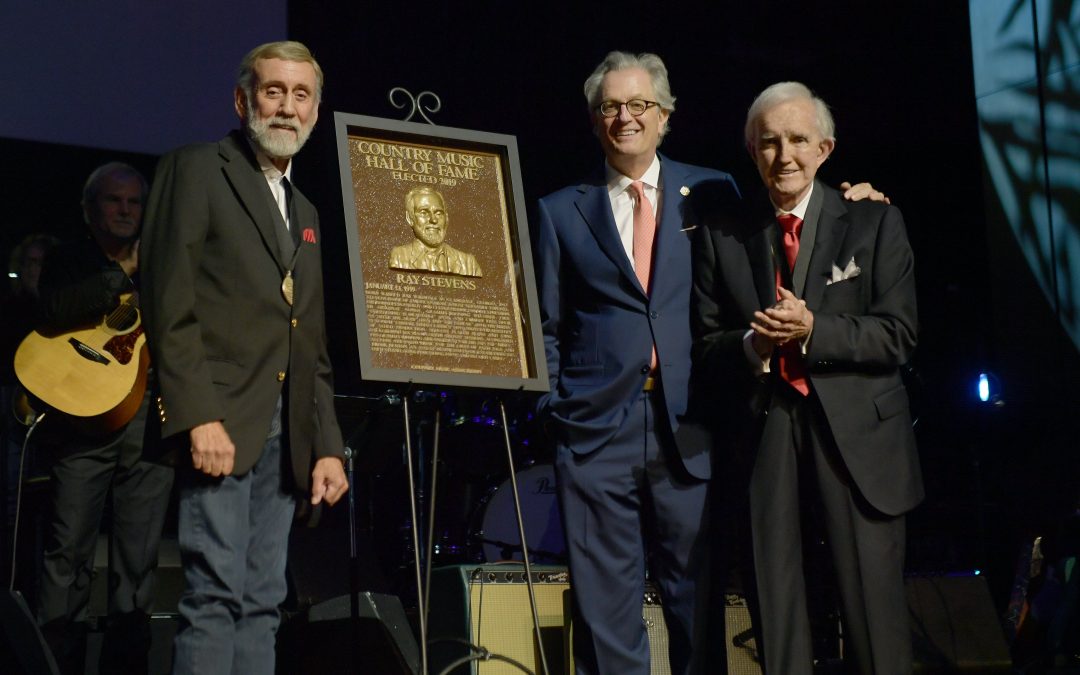 Several took the stage to honor Stevens prior to his induction. Fellow Country Music Hall of Fame member Ricky Skaggs crooned through Stevens’ 1975 GRAMMY® Award-winning tune “Misty.” Media personality Keith Bilbrey and comedian James Gregory performed Stevens’ hilarious 1974 No. 1 hit “The Streak.” Bringing Stevens to tears, TheMcCrary Sisters honored him with a soulful performance of his 1970 smash hit “Everything Is Beautiful.” Members of the McCrarys performed on the original recording of the song.

“It’s a long way from a sock hop in a South Georgia high school gym where I played piano with a little four-piece band to this place here tonight,” shared Stevens. “A lot of folks in this room have been there … that’s part of the life we’ve chosen. But nobody chooses to be up here. We can dream about it, but we can’t plan on it or choose it. We have to be chosen. Let me say how sweet it is to be chosen to be here tonight.”

The CMA (Country Music Association) created the Country Music Hall of Fame in 1961 to recognize noteworthy individuals for their outstanding contributions to the format: country music’s highest honor.

Produced by the staff of the Country Music Hall of Fame and Museum, the annual Medallion Ceremony honors the inductees by highlighting their life stories, important turning points, and the breakthrough artistic achievements that elevated their careers. The inductees are celebrated with speeches, live musical tributes and original video biographies, created by the museum staff using old and often rare recorded performances, past televised interviews and historic photos culled from materials collected, stored and digitized in the museum’s Frist Library and Archives. The ceremony conveys the unique talents, personalities and backgrounds of each Hall of Fame inductee and highlights why each one deserves this prestigious honor.

Twelve-time nominated and two-time GRAMMY® Award winner Ray Stevens has spanned the generations with 60 years of comedic musical talent, including songs such as his multi-million selling hit “The Streak” and his classic pop standard “Everything Is Beautiful.” Throughout his career, Stevens has sold more than 40 million albums. Today, Stevens hosts “Ray Stevens CabaRay Nashville,” a 30-minute weekly music/talk show airing on Public Television and RFD-TV. In 2018, the music legend opened his very own Nashville entertainment venue, the CabaRay Showroom, a 35,000 square foot music venue where Stevens performs weekly live concerts.