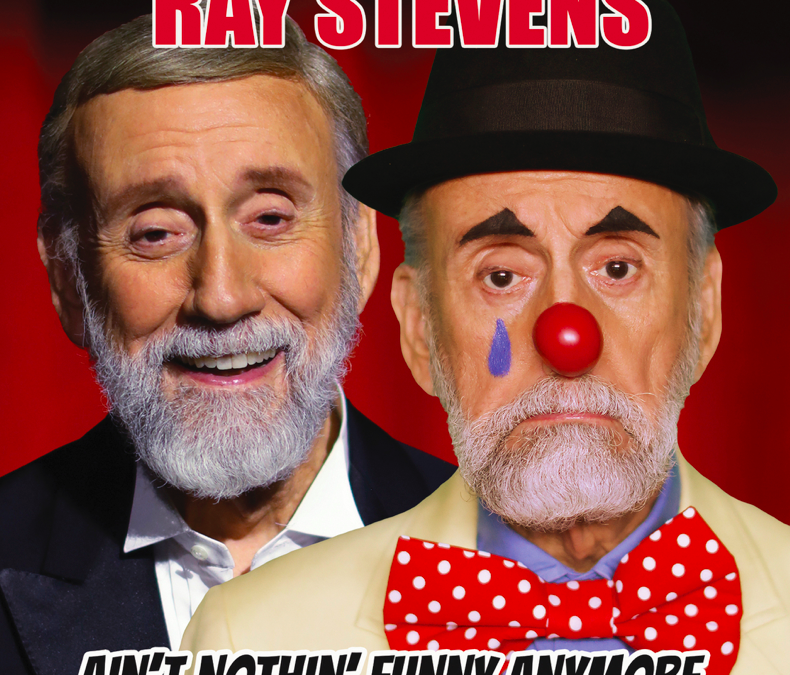 For over 60 years, Stevens, a member of the Country Music Hall of Fame, has brought laughter to millions thanks to his hit songs like “The Streak,” “Mississippi Squirrel Revival,” “It’s Me Again, Margaret” and “Shriner’s Convention.” It’s been several years since the two-time GRAMMY® winner has released an album totally dedicated to comedy music. He feels the world needs laughter now more than ever.

“When you turn on the news, it seems as though the planet is in utter turmoil,” explains Stevens. “Like my old friend Mel Tillis used to say, ‘laughter is the best medicine in the world.’ And we need it now more than ever.”

Several of the comedic tunes on the album apply to current events. “The Quarantine Song” is a track all about living basic life through Covid-19, while “Gas” tackles rising fuel costs and of course, flatulence. There’s a song about “Disorder Down on the Border” and on “Dis-connected” Stevens sings about the woes of social media.

“I enjoy recording songs about things that are currently happening in the world,” he says. “I know most folks can relate and everybody could use a good laugh today.”

And what would a Ray Stevens comedy record be without his trademark storytelling songs? On “Hoochie Coochie Dancer,” Stevens croons about his new girlfriend, who happens to be an exotic dancer in a traveling carnival. “The Gambler and the Octopus” is a bar room tale about, you guessed it, a gambler and an octopus. Complete with gorillas and monkeys, “CoCo Cabana Band” is reminiscent of Stevens’ classic hit, “Gitarzan.” It’s the story of a group of ace musical primates who take up residence at a juke joint in Gulf Shores, Alabama.

“I think there’s something for everyone on this album,” notes Stevens. “It’s something I’m proud of and I hope folks enjoy it as much as I did recording it.

Upon its release, Ain’t Nothin’ Funny Anymore will be available for download/streaming.

6. The Gambler and the Octopus

14. Disorder Down on the Border

Celebrating 57 years in business, Curb Records is one of the world’s leading independent music companies. Owned and operated by Mike Curb since 1964, Curb Records has achieved 435 number one records, over 1,500 Top Ten records and charted over 4,500 total records. With over a half century in operation, Curb Records has been influential in the careers of some of the biggest names in music, including: Tim McGraw, Hank Williams, Jr., Rodney Atkins, Lee Brice, LeAnn Rimes, The Judds, Dylan Scott, Sawyer Brown, Wynonna, Lyle Lovett, Jo Dee Messina, Hal Ketchum and Desert Rose Band, among many others. Today’s roster includes some of the top names across multiple genres of music.