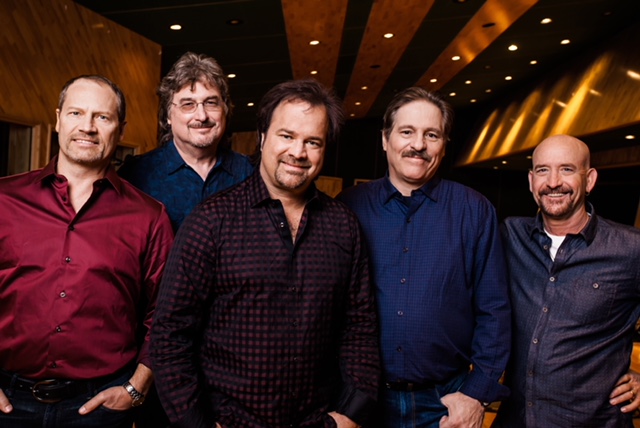 Nashville, Tenn. (October 12, 2018) — This weekend, in celebration of 35 years of music, legendary country group Restless Heart is taking over the airwaves on SiriusXM’s Prime Country. Multiple airings of a special live in-studio performance and interview begin airing today and continue throughout next week.

In Nashville’s Music City Theatre before a live subscriber-based audience, the group talks their storied country music career and performs several of their classic hit songs including, “The Bluest Eyes in Texas,” “Why Does It Have to Be (Wrong or Right),” and “When She Cries.” The performance and Q&A session is hosted by SiriusXM’s Storme Warren.

Restless Heart is currently on the road, performing their biggest career hits on the group’s “35th Anniversary Tour.” For tour dates, visit RestlessHeartBand.com.

Larry Stewart, Dave Innis, John Dittrich, Greg Jennings and Paul Gregg, the five original men who make up Restless Heart, have enjoyed one of the most successful group careers in country music history. The band has placed over 25 singles on the charts with six consecutive #1 hits, four of their albums have been certified Gold by the RIAA and they have won a wide range of awards from many organizations including the Academy of Country Music’s “Top Vocal Group.”