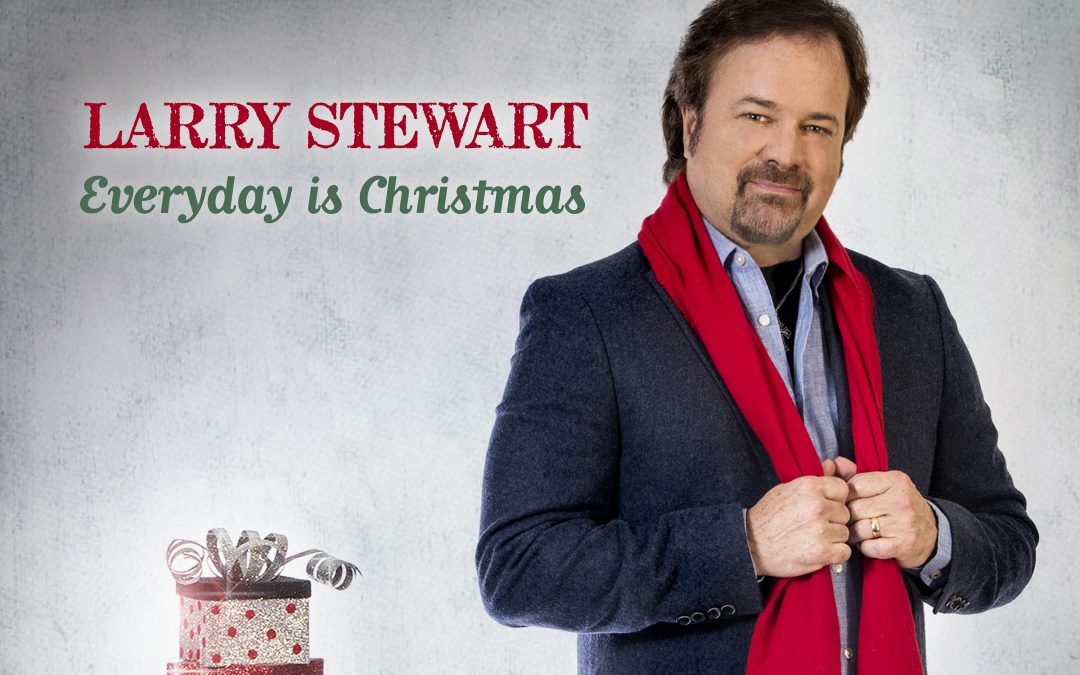 Nashville, Tenn. (October 13, 2020) — Restless Heart frontman Larry Stewart is getting in the holiday spirit with the upcoming release of his first-ever holiday album, Everyday Is Christmas. The ten-track collection of songs drops on Friday, October 23 and will be available everywhere music is sold and streamed via AMPED™ Music Distribution.

Christmas being Stewart’s favorite time of the year, it’s a no brainer that he’d use his time off from touring, due to the coronavirus pandemic, to record his favorite Christmas love songs. Tracks include Céline Dion’s “Don’t Save It All For Christmas Day,” Michael Bublé’s “Cold December Night,” Mariah Carey’s “All I Want For Christmas Is You,” featuring fellow country music artist Pam Tillis, and “Miss You Most At Christmas Time” as well as the holiday classic “What Child Is This” and title track “Everyday Is Christmas,” written by Stewart, Brent Rader and Lisa Matassa.

“The magic of these holiday love songs, the spirit of the music production along with performing a duet with the incredible voice of Pam Tillis, I can’t imagine capturing a more perfect holiday album from my heart, for the fans, and for these times than we did on my new Christmas album, Everyday Is Christmas,” says Stewart.

“As we chose these very musical, melodic and contemporary standards written by great artists, we had to peel back and make the styles of each song work for me,” he continues. “I’m so proud of the way my producer, Brent Rader, and I were able to achieve those goals so much more than we first imagined.”

For a sneak peak, the title track and single “Everyday Is Christmas” is already live on all digital platforms and ready to stream. Listen now HERE.  Fans who pre-order a physical copy will receive a free decorative “Larry Christmas” ornament when ordering through larrystewartmusic.com.

Digital pre-orders for Everyday Is Christmas are available HERE.

1. Don’t Save It All For Christmas Day (Peter Zizzo, Céline Dion, Rick Wake)

3. All I Want For Christmas Is You – with Pam Tillis (Mariah Carey, Walter Afanasieff)

4. Miss You Most At Christmas Time (Mariah Carey, Walter Afanasieff)

7. Meet Me Under The Mistletoe (Brent Rader, Mark Johnson)

9. What Are You Doing (New Years Eve) (Frank Loesser)

10. What Child Is This (William Chatterton Dix, Hal H. Hopson)

Mixed and mastered by: Brent Rader