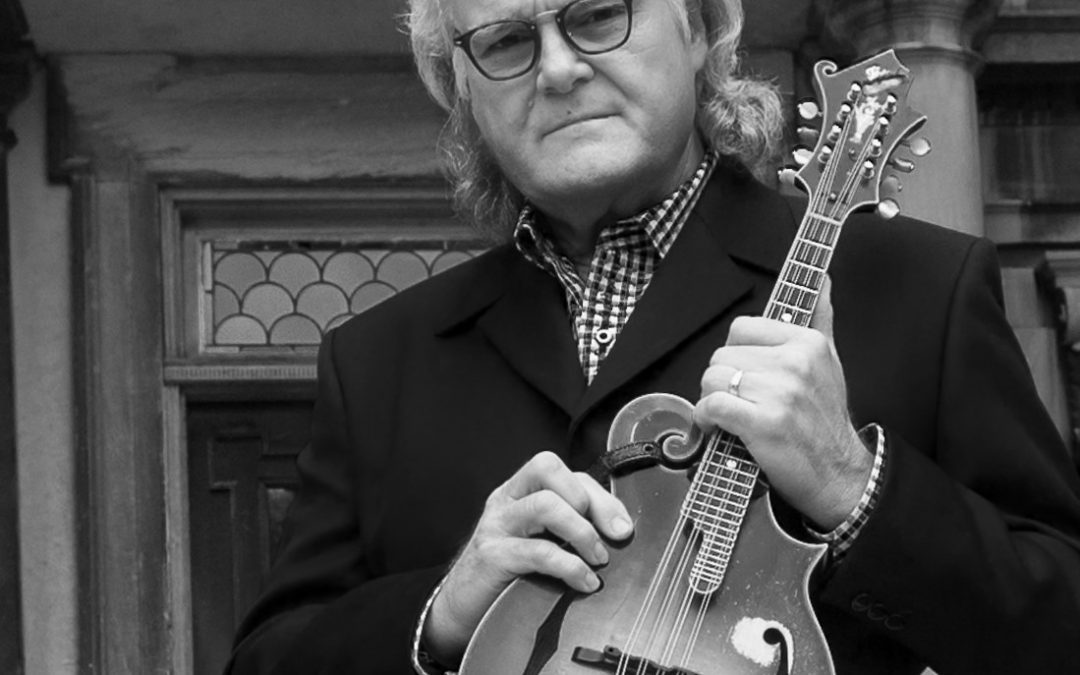 Nashville, Tenn. (July 25, 2018) — This morning in Nashville, during a live broadcast on SiriusXM’s Bluegrass Junction, 15-time GRAMMY® winner Ricky Skaggs was formally announced as an inductee for the IBMA Bluegrass Music Hall of Fame Class of 2018. Along with Paul Williams, Tom T. Hall and the late Dixie Hall, Skaggs will be officially inducted on Thursday, September 27 in Raleigh, NC at the International Bluegrass Music Awards. The awards show will be broadcast live at 7:00 p.m./ET on SiriusXM’s Bluegrass Junction (Ch. 62).

“I’m very honored to be inducted into the Bluegrass Music Hall of Fame along with the ‘Father of Bluegrass,’ Bill Monroe,” says Skaggs. “His impact on me and all of us as musicians and singers that love bluegrass music will never be replicated. With so many other heroes in the Hall, I’m just thankful to have my name mentioned alongside theirs.”

Skaggs promised the late Bill Monroe that he’d do his part to keep bluegrass alive. Since Monroe’s passing in 1996, he has kept that promise, playing thousands of live bluegrass shows and releasing several albums dedicated to the genre. In 1997, he founded his own record label, Skaggs Family Records, to help keep bluegrass music alive and growing. Over the years, he’s helped numerous bluegrass acts forge ahead, nurturing their careers with invaluable advice and counsel. Now, the 13-time IBMA Award winner will be recognized with the highest honor a bluegrass performer can achieve.

“Ricky Skaggs has introduced the ‘ancient tones’ of bluegrass to so many new audiences with his brilliant vocals, instrumental skills, and innovation,” notes IBMA Executive Director Paul Schiminger. “He has been a key connector between the first generation of bluegrass in the Stanley Brothers and Bill Monroe and the far-reaching popularity of the music today. Ricky is among only a handful of people to have the musical impact great enough to warrant induction in both the Bluegrass Music Hall of Fame and the Country Music Hall of Fame. And, having those inductions occur in the same year is truly extraordinary!”

This year is shaping up to be one of the biggest of Skaggs’ lengthy career. The news of his IBMA Bluegrass Music Hall of Fame induction comes just months after the music legend was announced as a 2018 inductee into the Country Music Hall of Fame. Skaggs will be inducted into the historic institution this October.

In the meantime, Skaggs and his band, Kentucky Thunder, are touring the countryside bringing fans traditional bluegrass music as well as the familiar country hits that made him a household name. Skaggs wraps up this year’s Bluegrass Nights at the Ryman concert series tomorrow night, July 26, at 7:30 p.m./CT. Tickets are available at ryman.com or by calling the box office at 615-889-3060.

Additionally, Skaggs and Kentucky Thunder will perform a headline show at IBMA’s Wide Open Bluegrass Festival on September 29 in Raleigh, NC. The concert will feature a special collaborative performance with Patty Loveless. Tickets are on-sale now at worldofbluegrass.org.