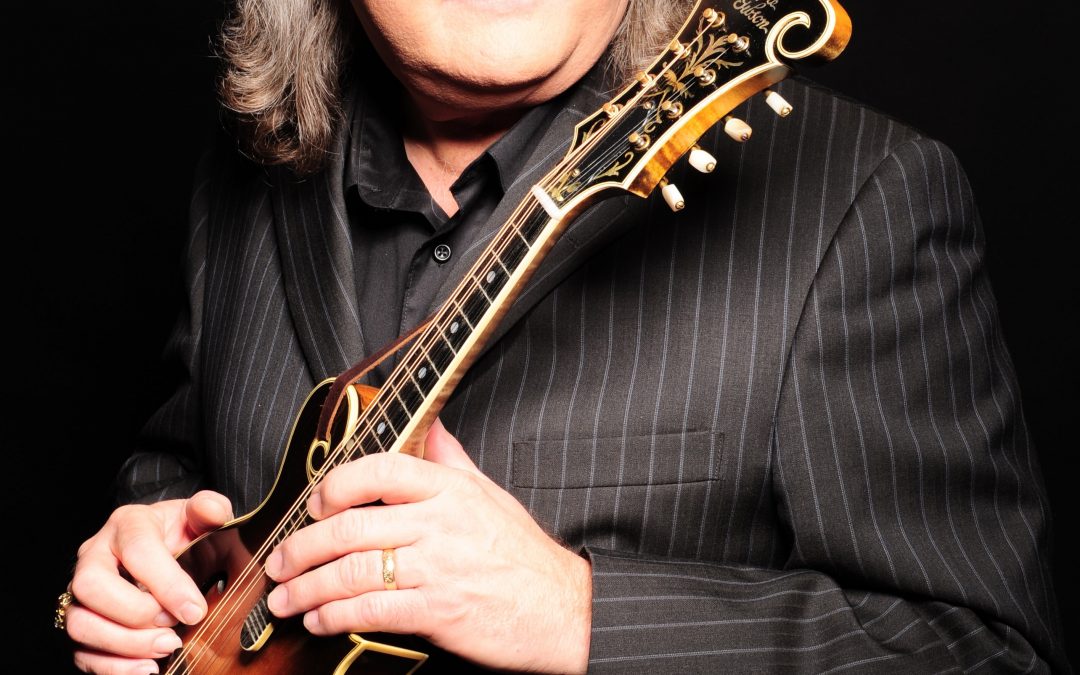 Nashville, Tenn. (March 27, 2018) — This fall, a bronze plaque depicting 15-time GRAMMY® Award-winning singer and musician Ricky Skaggs will be added to the Rotunda wall at the Country Music Hall of Fame® and Museum in Nashville. At a CMA-hosted press conference held this morning at the famed institution, Garth Brooks and Trisha Yearwood announced Skaggs as one of three inductees for the Country Music Hall of Fame Class of 2018.

“I was totally shocked, and I burst into tears when I heard that I was gonna be the newest inductee into the Country Music Hall of Fame,” says Skaggs. “When I came to Nashville in 1980, I came to play music and hopefully get a record deal. All of that happened, but I never dreamed that I’d ever be a member of this hallowed Hall. Why me, and why now was going through my mind.”

Formal induction ceremonies for Skaggs, West, and Gimble will take place at the Country Music Hall of Fame® and Museum in the CMA Theater in the fall.

Since 2007, the Museum’s Medallion Ceremony, an annual reunion of the Hall of Fame membership, has served as the official rite of induction for new members. CMA created the Country Music Hall of Fame in 1961 to recognize noteworthy individuals for their outstanding contributions to the format with Country music’s highest honor.

“There are so many others that have inspired me, encouraged me, ones that I’ve truly learned from, and ones that have made such great contributions to Country and Bluegrass music,” notes Skaggs. “I’m humbled and very grateful to soon be listed among my many heroes in this great Country Music Hall of Fame. What an incredible honor. Thank you Jesus, and thank you CMA.”

Earning 12 #1 hit singles, 15 GRAMMY® Awards, 13 IBMA Awards, nine ACM Awards, eight CMA Awards (including Entertainer of the Year), two Dove Awards, the ASCAP Founders Award, three honorary Doctorate degrees, inductions into the Musicians Hall of Fame and GMA Gospel Music Hall of Fame, the 2013 Artist-In-Residence at the Country Music Hall of Fame® and Museum, an Americana Music Association Lifetime Achievement Award in the Instrumentalist category along with countless other awards, Ricky Skaggs is truly a pioneer of Bluegrass and Country music. Since he began playing music more than 50 years ago, Skaggs has released more than 30 albums and has performed thousands of live shows. He started his own record label, Skaggs Family Records, in 1997 and has since released 12 consecutive GRAMMY®-nominated albums. His latest release, Hearts Like Ours, with his wife, celebrated artist Sharon White of The Whites features the couple dueting on handpicked country love songs. And the Grand Ole Opry member has released his first-ever autobiography, “Kentucky Traveler.” The book details the life and times of Skaggs and provides a descriptive history of Country and Bluegrass music, as told by the master himself. In addition to his regular touring schedule with his band, Kentucky Thunder, he has performed a string of dates with his better half Sharon White along with guitar legend Ry Cooder on the critically-acclaimed “Cooder-White-Skaggs” tour and from time to time hits the road with versatile singer/songwriter and pianist Bruce Hornsby on another critically-acclaimed tour, “Ricky Skaggs & Bruce Hornsby with Kentucky Thunder.” Most recently, Skaggs has added Country tour dates as he plugs in and plays full shows of his chart-topping hits. For more information on Ricky Skaggs, visit rickyskaggs.com.