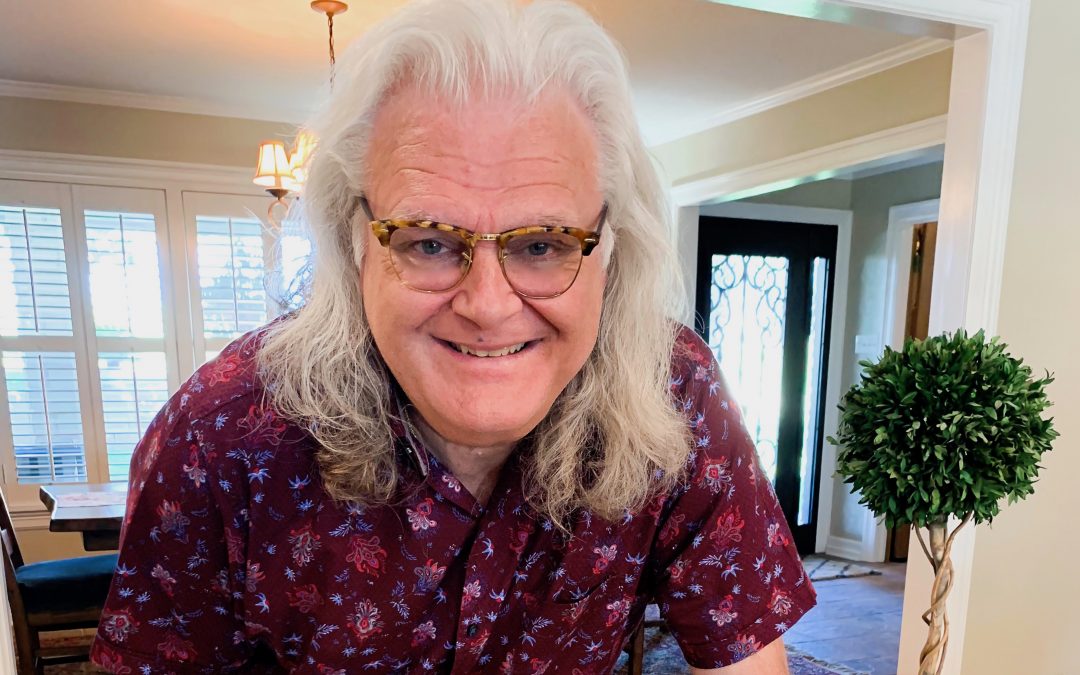 Nashville, Tenn. (July 25, 2019) — Last Thursday, July 18, country and bluegrass legend Ricky Skaggs celebrated his 65th birthday, marking 60 years since he struck his first chords on the mandolin. At a concert stop in Stephenville, Texas, Skaggs’ good friend and Texstar Ford Summer Concert Series sponsorDoug Montgomery made sure to host the celebration appropriately by surprising him with a guitar-shaped birthday cake.

On 60 years in music, Skaggs reflects:

“Wow, it’s hard to believe that 60 years ago my dad put a little mandolin in my bed early one morning after driving all night to get home from a job he was working up in Ohio. Home was where his heart was, the mountains of eastern Kentucky, the love he had for my beautiful mom, our family and his love for playing music. He instilled that same love for family into my heart as well. I’ve traveled so much in the last 60 years, played lots of places around the world, seen things I never dreamed of, things that I’d only seen in world history books at school. I got to play with so many of my heroes and those that had influenced me as a young boy. But with all of that behind me, I can say nothing, and I mean nothing, means more to me than family. My faith in Jesus Christ, and the love of my family have been the foundation stones I’ve built my career upon. I wouldn’t record a song that I’d be ashamed to sing in front of my mother. Sixty years sounds like a long time, but it’s gone by so fast I can hardly believe it. I’m so thankful that I’ve had good people to work with all along the way. I’m also very thankful to all the fans who bought tickets to come out and see our shows and all the music that you’ve bought over the years. It’s much appreciated. There’s more music to come, more towns to play. God bless all of you.”

Skaggs and Kentucky Thunder continue to blaze the tour trail, performing nearly 100 live concerts each year. On Thursday, August 1, he’ll perform live at Nashville‘s Ryman Auditorium as part of the Bluegrass Nights at the Ryman concert series. A limited number of tickets remain available for purchase at Ryman.com.

Earning 12 #1 hit singles, 15 GRAMMY® Awards, 13 IBMA Awards, nine ACM Awards, eight CMA Awards (including Entertainer of the Year), two Dove Awards, the ASCAP Founders Award, three honorary Doctorate degrees, inductions into the Country Music Hall of Fame, IBMA Bluegrass Music Hall of Fame, National Fiddler Hall of Fame, Musicians Hall of Fame, and GMA Gospel Music Hall of Fame, the 2013 Artist-In-Residence at the Country Music Hall of Fame® and Museum, an Americana Music Association Lifetime Achievement Award in the Instrumentalist category along with countless other awards, Ricky Skaggs is truly a pioneer of Bluegrass and Country music. Since he began playing music 60 years ago, Skaggs has released more than 30 albums and has performed thousands of live shows. He started his own record label, Skaggs Family Records, in 1997 and has since released 12 consecutive GRAMMY®-nominated albums. His latest release, Hearts Like Ours, with his wife, celebrated artist Sharon White of The Whites features the couple dueting on handpicked country love songs. And the Grand Ole Opry member has released his first-ever autobiography, “Kentucky Traveler.” The book details the life and times of Skaggs and provides a descriptive history of Country and Bluegrass music, as told by the master himself. In addition to his regular touring schedule with his band, Kentucky Thunder, he has performed a string of dates with his better half Sharon White along with guitar legend Ry Cooder on the critically-acclaimed “Cooder-White-Skaggs” tour and from time to time hits the road with versatile singer/songwriter and pianist Bruce Hornsby on another critically-acclaimed tour, “Ricky Skaggs & Bruce Hornsby with Kentucky Thunder.” Most recently, Skaggs has added country tour dates as he plugs in and plays full shows of his chart-topping hits.