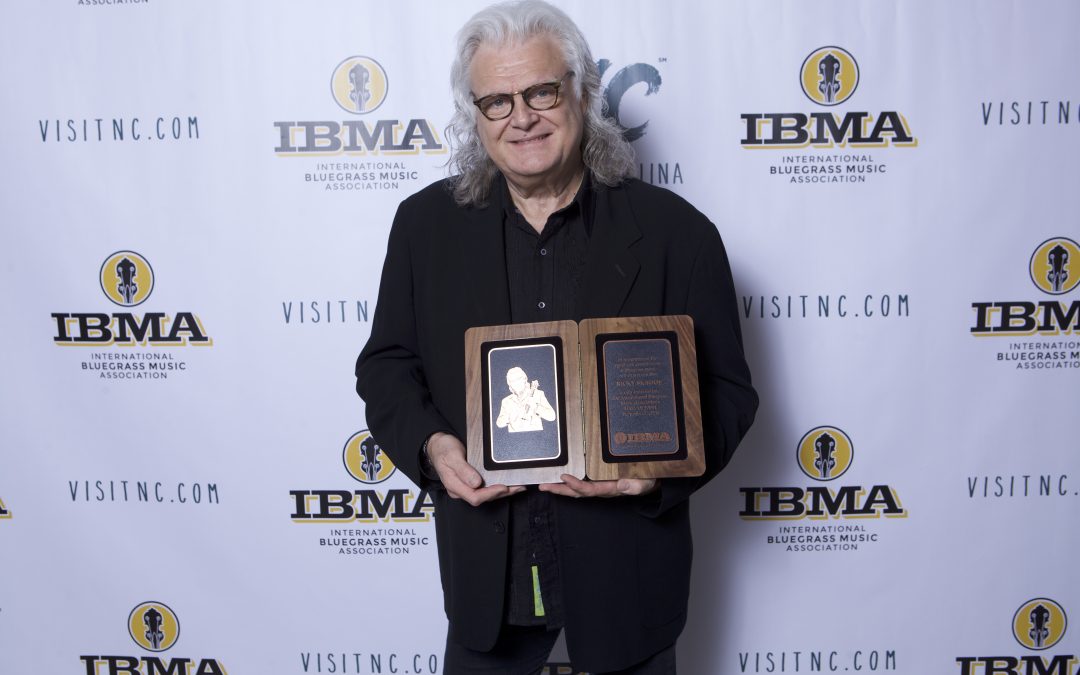 “He’s a radical revisionist, he’s a traditionalist, he’s a keeper of the flame, he’s an innovator, he’s always keeping his music moving forward, he’s invited so many people into the world of country and bluegrass music, he has become a universal touchstone to our kind of music,” Stuart said from the stage. “Tonight, it’s my honor to ask Ricky Skaggs to come up here and receive bluegrass music’s most coveted award. I induct Ricky Skaggs, gladly, into the Bluegrass Music Hall of Fame.”

Skaggs took the stage to thunderous applause where he was bestowed the highest honor in bluegrass music.

“I appreciate this award so much,” said Skaggs upon accepting the honor. “This means so much to me because it’s the music of my youth. It’s the foundation of everything I’ve ever recorded. I want to thank the IBMA and all those who voted for me. And I want to thank the Lord Jesus. He deserves all glory.”

Along with Paul Williams, Tom T. Hall and the late Dixie Hall, Skaggs was inducted as part of the Class of 2018. Skaggs promised the late Bill Monroe that he’d do his part to keep bluegrass alive.

Since Monroe’s passing in 1996, he has kept that promise, playing thousands of live bluegrass shows and releasing several albums dedicated to the genre. In 1997, he founded his own record label, Skaggs Family Records, to help keep bluegrass music alive and growing. Over the years, he’s helped numerous bluegrass acts forge ahead, nurturing their careers with invaluable advice and counsel.

This year is shaping up to be one of the biggest of Skaggs’ lengthy career. Last spring, he was announced as a 2018 inductee into the Country Music Hall of Fame. He will be formally inducted into the historic institution next month. Skaggs and Kentucky Thunder will perform a headline show at IBMA’s Wide Open Bluegrass Festival tomorrow, September 29, in Raleigh. The concert will feature a special collaborative performance with Patty Loveless. Tickets are on-sale now at wideopenbluegrass.com.