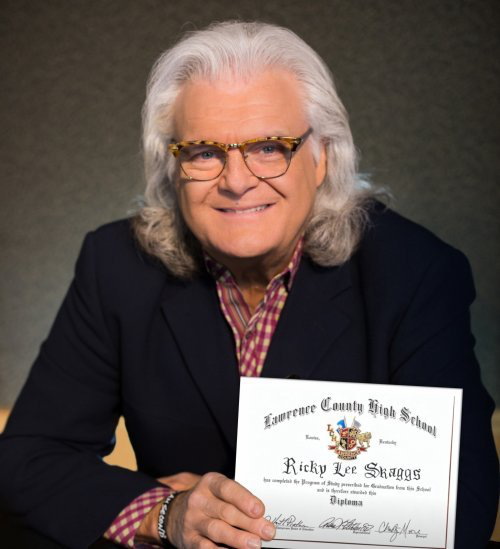 On June 1, 2020, his alma mater, Lawrence County High School in Louisa, Kentucky, bestowed upon him an honorary high school diploma for all of his work in music. The surprise presentation happened as Skaggs, along with fellow alumni singer-songwriters Larry Cordle, Tyler Childers and others, were participating in a virtual high school graduation ceremony for the

Skaggs would have graduated high school in 1971, but in lieu of receiving his diploma, he chose to hit the tour trail with Dr. Ralph Stanley, a decision that paid off. However, Skaggs always yearned to graduate high school, as it was one of his mother’s greatest desires.

“It was an amazing surprise and answered prayer of my mom,” explains Skaggs. “She wanted me to graduate before I went full time with Ralph Stanley on the road. I was about as proud of that as anything I’ve been given.”