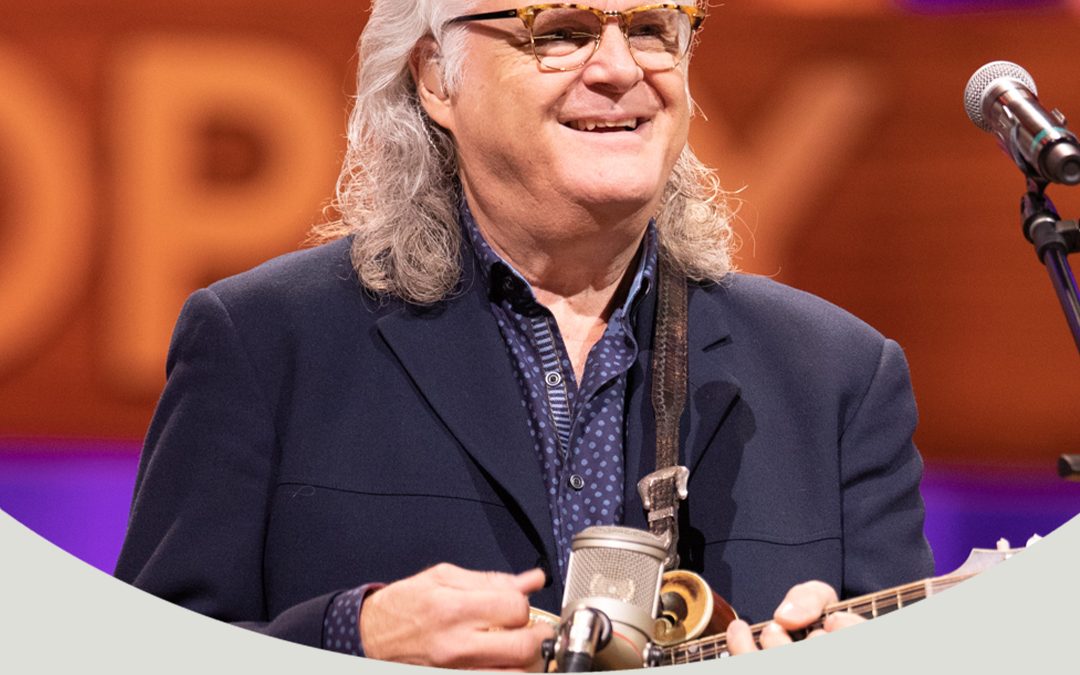 Nashville, Tenn. (April 16, 2020) – This weekend, country music and bluegrass icon Ricky Skaggs returns to his home away from home, the Grand Ole Opry. For the past five weeks, amidst the current COVID-19 crisis and without an audience in attendance, the Grand Ole Opry has remained on the air as it has for 4,919 consecutive Saturday nights for nine decades. Helping keep the circle unbroken during this time, Opry members and special guests spanning multiple generations and encompassing rising newcomers, established superstars, awarded musicians, songwriters, storytellers and family members have stepped on to the Opry stage showcasing the many styles under the country music umbrella that have represented the values and traditions that have built and continued to shape the Grand Ole Opry for 95 years.

This Saturday, April 18, Skaggs, an Opry member since 1982, a 15-time GRAMMY® winner and a member of both the Country Music and Bluegrass Music Halls of Fame, will step in to the circle for the 4,920th consecutive Saturday night broadcast which will be broadcast live on Circle Television. Bluegrass and gospel greats Dailey & Vincent, Opry members since 2017, are also set to perform. The two Opry member acts will be joined on stage by instrumental virtuosos Andy Leftwich, Jeff Taylor, and Seth Taylor.

“Sure is gonna be great to be hosting the Grand Ole Opry this Saturday night,” says Skaggs. “I’ve really missed doing the show. It will certainly make me feel like things are somewhat getting back to normal. Hope you all enjoy my great co-hosts Daily & Vincent. It’s gonna be a really fun show.”

The Opry will be broadcast live this Saturday evening at 8 PM ET / 7 PM CT on Circle, and on Gray TV stations, DISH Studio Channel 102, Sling TV and other TV affiliates in addition to a companion live stream on Circle All Access Facebook and YouTube channels. TV and radio personality Bobby Bones will host the Circle telecast, while Opry announcer Mike Terry will join the Opry’s radio audience at the announcer podium. Embracing today’s technology, the Opry will be broadcast and streamed with a very small production team. The show’s artists will perform acoustically at a recommended social distance across the Opry stage.

Fans around the world can also tune in to the broadcast on the Opry’s flagship radio home, 650 AM-WSM and several other outlets. Those tuning into the Livestream on the Circle All Access YouTube and Facebook channels this week can watch Circle Sessions with artists at home at 7:30 PM ET/ 6:30 PM CT immediately prior to the live Opry and catch a special episode of Dailey & Vincent Show at 9 PM ET/ 8 PM CT after the Opry.

Opry fans are invited to contribute to the Opry’s #UNBROKEN charitable campaign which raises money for the MusiCares COVID-19 Relief Fund. The fund benefits artists and musicians struggling through the pandemic– some of the very people who write, make and create the music that has kept the music alive on the Opry stage for almost 95 years. Fans can donate via text UNBROKEN to 41444.

With Nashvillians at home under Nashville Mayor John Cooper’s “Safer at Home” order and live shows paused at the Grand Ole Opry to help reduce the spread of COVID-19, this Saturday’s performance will once again take place without a live audience. Amid current COVID-19 concerns, the Opry, the world’s longest-running radio show, has paused all shows with a live Opry House audience through the end of April. Fans are invited to follow the Opry on social media and visit opry.com for show and tune in updates. Grand Ole Opry management has worked closely with Nashville’s Director of Health to bring the show live to millions around the world while following strict safety protocols under the guidance of local health professionals.

Each week millions of fans in dozens of countries around the world have tuned in live over the past five weeks to video stream or listen to legendary Opry members Bill Anderson, Jeannie Seely and Connie Smith as well as Mandy Barnett, Michael Cleveland & Flamekeeper and Sam Williams took to the stage on March 14 as the Opry show went on the air without a live ticketed audience. On March 21, Opry members and some of the greatest storytellers in music Vince Gill, Brad Paisley and Marty Stuart performed acoustically from the Opry House stage. On March 28, Gill returned to the stage to perform acoustically with members of his family: wife Amy Grant and daughters Jenny Gill and Corrina Grant Gill. The March 28 show Opry member Terri Clark, plus Lauren Alaina and Ashley McBryde and last week’s show the Opry hosted an Easter celebration featuring Opry member Trace Adkins with Jason Crabb and T. Graham Brown.

About the Grand Ole Opry
To plan an Opry visit, call (800) SEE-OPRY or visit opry.com. The Opry presents the best in country music live every week from Nashville, Tenn. Celebrating nine decades of entertainment, the Opry can be heard at opry.com and wsmonline.com, Opry and WSM mobile apps, SiriusXM Satellite Radio, and its flagship home, 650 AM-WSM. The Grand Ole Opry is owned by Ryman Hospitality Properties (NYSE: RHP).  For more information, visit opry.com.

For more details and to find out if Circle is available in your market, please visitwww.CirclePlus.com. For more information about Circle, please contact: info@circleplus.com