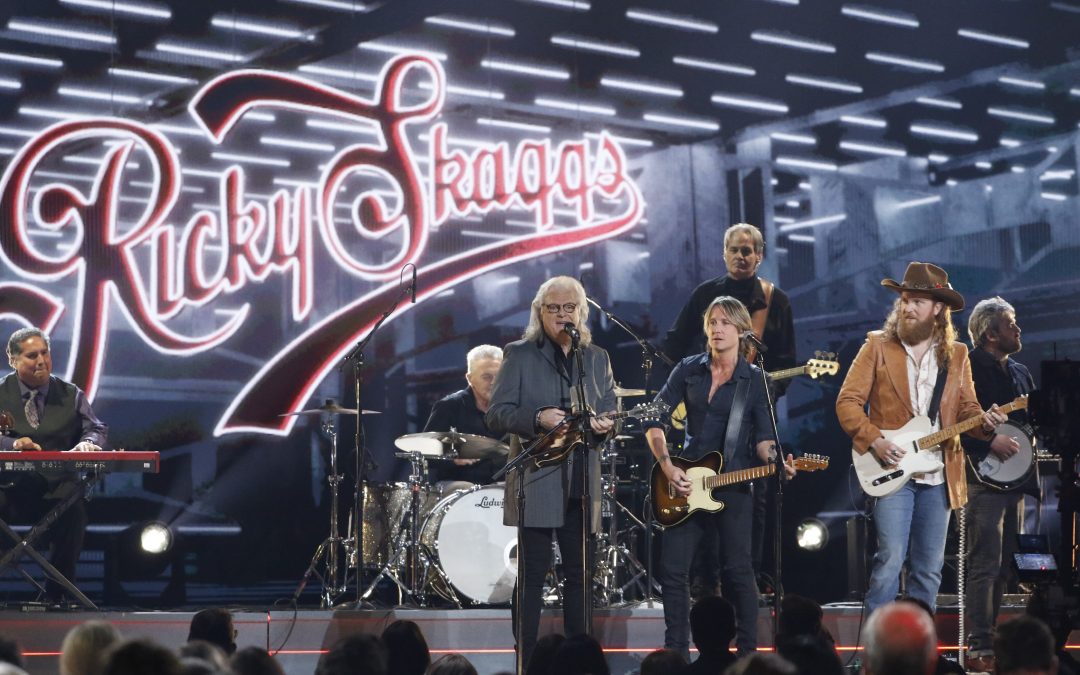 At Country Music’s Biggest Night™, the eight-time CMA Awards winner was spotlighted with a star-studded medley that Billboard declared as the evening’s “best performance.”

“I can’t explain what all I felt Wednesday night, but when I saw industry people standing up all over the place for ‘Black Eyed Suzie,’ it was like bluegrass music had been justified!” notes Skaggs. “It wasn’t about me, or my great band Kentucky Thunder, it was truly about the music itself. I was incredibly thankful for that. I think Mr. Monroe was smiling down from Heaven.”

“The 52nd Annual CMA Awards,” hosted for the 11th consecutive year by Paisley and Carrie Underwood, was broadcast live on ABC from Nashville’s Bridgestone Arena. The #CMAAwards are streaming now on ABC, On The App and On Demand: http://bit.ly/2FqTgt0

The first “CMA Awards Banquet and Show” was held in 1967. The following year, the CMA Awards was broadcast for the first time – making it the longest running, annual music awards program on network television. The CMA Awards have aired on ABC since 2006. ABC is the network home of the CMA Awards and CMA’s other two television properties, “CMA Fest” and “CMA Country Christmas.” For more information on “The 52nd Annual CMA Awards,” visit CMAawards.com and follow CMA on Facebook, Instagram and Twitter.