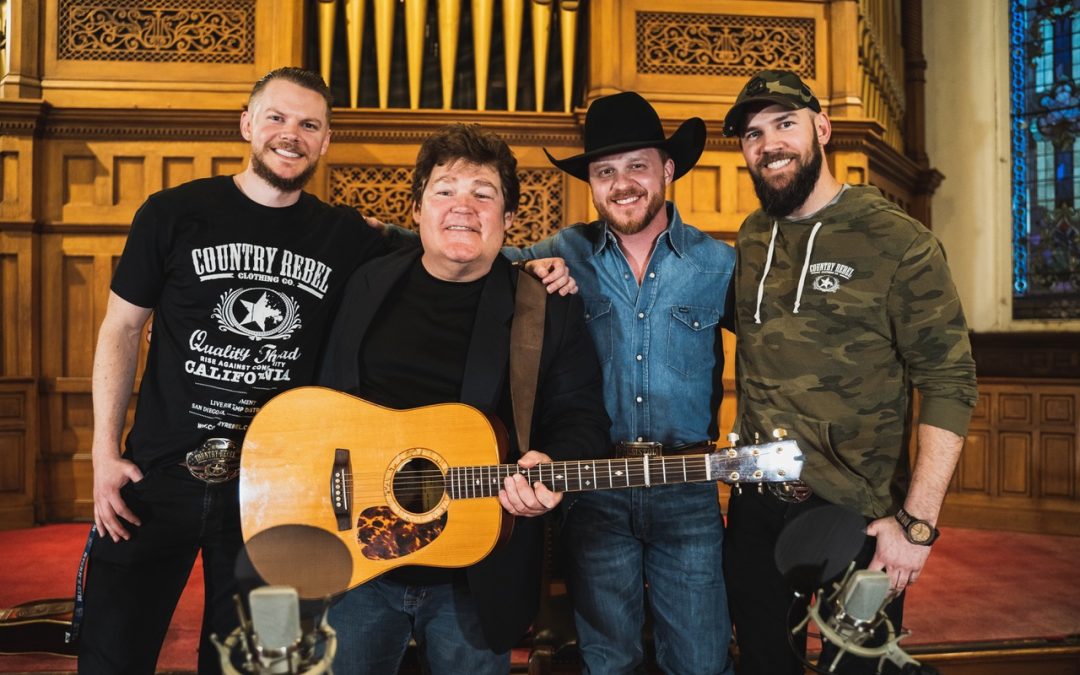 Nashville, Tenn. (May 6, 2019) — GRAMMY®, ACM and CMA-Award winning singer Marty Raybon of Shenandoah and CoJo Music/Warner Music Nashville artist Cody Johnson have teamed to film a special acoustic music video of “I Can’t Even Walk (Without You Holding My Hand),” exclusively for Country Rebel.

Johnson was wrapping his performance at Country Rebel‘s “The Church Sessions” when he learned Raybon was about to take the stage. What happened next was spur-of-the-moment, as Johnson, a longtime fan of Raybon and Shenandoah, asked him to join him onstage for his final song. The two started to hum the chorus and within minutes, Country Rebel had captured a piece of country music magic.

“It was a real thrill to sing with Cody,” says Raybon. “It was one of the highlights of which we’ve been experiencing for the last few years now. What truly excited me was when I heard that Cody had asked if I would mind singing with him on ‘I Can’t Even Walk (Without You Holding My Hand).’ I thought ‘goodness sakes alive, I’d love to do that!’ It was a lot of fun and I’m really excited about what’s going on with his career.”

“We captured a priceless moment during a recent taping of Country Rebel‘s ‘The Church Sessions,'” explains Kevin Blue, Country Rebel CEO and co-founder. “This unplanned, unrehearsed duet between Cody Johnson and Shenandoah is pure country music gold. We are honored to have connected these two incredible artists for an unforgettable duet with a powerful message.”

The video premiered on Country Rebel‘s Facebook Page last week and has since racked up more than 13,000 shares and nearly a million unique views. Watch the performance HERE.

With over 500 million career on-demand streams, Cody Johnson has clearly established a rabid following of loyal fans who thirst for his authentic brand of country music. The aptly named “CoJoNation” regularly pack out shows across the country, with Johnson already selling out over 30 shows in 2019 alone. For the second consecutive year, Johnson sold out NRG Stadium at RodeoHouston with over 74,000 in attendance. Johnson’s first major release on CoJo Music LLC / Warner Music Nashville, AIN’T NOTHIN’ TO IT skyrocketed to #1 on both the Billboard Top Country Albums and All-Genre Digital Sales charts. Also reaching Top 10 on Billboard 200, it became the third-highest pre-added album of all time in the country music genre on Apple Music. Johnson will make his sold-out debut at the Ryman Auditorium in Nashville on May 4. On August 17, Johnson will share the stage with the legendary George Strait at Gillette Stadium in Foxborough, MA. The former rodeo bull rider, turned prison guard, turned country star is known for his explosive live shows and electrifying stage presence. Even prior to signing a joint venture with Warner Music Nashville, Johnson’s independently released indie project reached # 2 on Billboard’s Top Country Albums chart and #11 on the Billboard 200 Chart. Johnson has been named one of The Tennessean’s “Nashville’s Next Stars,” MusicRow‘s “2019 Next Big Thing,” iHeartRadio‘s “Artists to Watch in 2019,” and highlighted on Pandora’s “Artist to Watch 2019″ playlist. Johnson’s current single “On My Way to You” is nearing Top 10 on the U.S. Country radio charts.