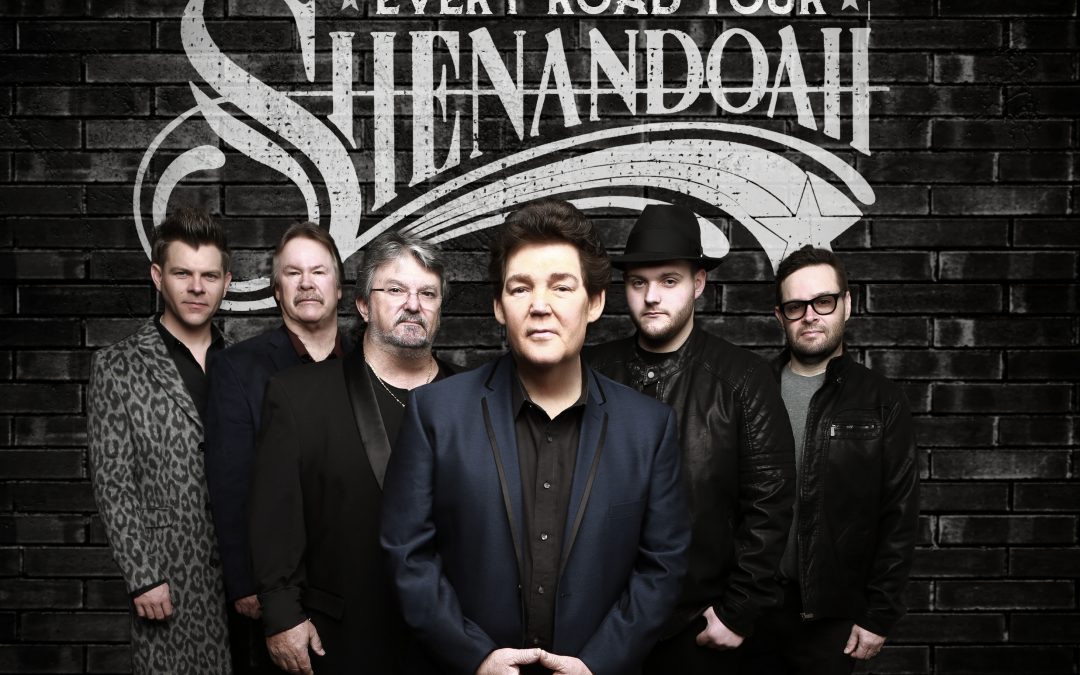 Nashville, Tenn. (March 10, 2020) — GRAMMY®, ACM and CMA Award-winning band Shenandoah has announced the first round of shows for its “Every Road” 2020 tour.The national road show kicked off last week in Nashville, Tennessee with a special intimate show at the Country Music Hall of Fame® and Museum.

“It was great to bring a little cheer to Nashville during our concert at the Country Music Hall of Fame last Friday night,” says Shenandoah’s Mike McGuire. “Music City and Middle Tennessee needed a little cheer after last week’s tornadoes. Hopefully, we helped brighten a dark week in the town we love so much.”

“It’s not here we go again, it’s ‘we can’t wait!'” says Shenandoah frontman Marty Raybon. “Knowing everything we have in store for 2020 and all the work we’ve put in over the last four years, it’s an overwhelming but incredible feeling to see everything coming to fruition.”

MusicRow Magazine recently applauded Raybon noting that his “voice can still melt rock,” while SiriusXM The Highway‘s Storme Warren hailed him as “one of the greatest voices in country music history.”

“At the top of their game” (Digital Journal), Shenandoah is back in the studio recording its first all new and original project since 1998. Expected to release this fall, the new record will be the band’s first since inking its label deal with Foundry Records. Fans can expect the same “touching, classic Shenandoah excellence” (Parade Magazine) it is known for as well as a few surprises. Along with solo tour stops, Shenandoah will co-headline select dates with fellow ’90s country group Restless Heart on the “Country Throwback” tour. Additional live concert dates will be announced soon.