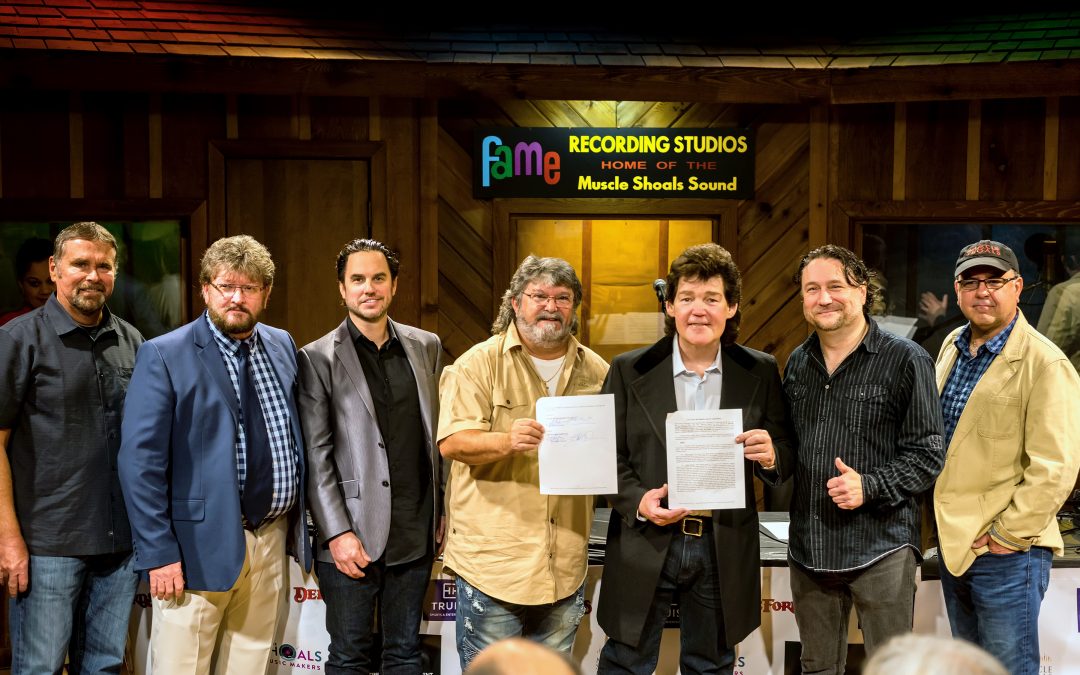 Nashville, Tenn. (April 13, 2022) —GRAMMY®, CMA and ACM-winning hitmakers Shenandoah have inked a worldwide recording agreement with newly-formed 8 Track Entertainment, which will be distributed by Warner Music Group’s ADA (Alternative Distribution Alliance). New music is expected soon from the band that has tallied more than 300 million streams, over 8 million combined album sales, and 13 No. 1 radio singles over the course of more than three decades.

“The most incredible things continue to happen in the life of Shenandoah,” explains the band’s frontman Marty Raybon. “A very large piece of our moving forward is the signing with 8 Track Entertainment. This in so many ways will enlarge the music reach, even the brand Shenandoah. We are looking forward to the partnership and the work we have before us. 90’s country music is still alive, and we are going to make more of it, just all grown up now.”

“I am absolutely delighted to sign Shenandoah to 8 Track Entertainment as Muscle Shoals is where it all began for this group at the outset of their career,” says 8 Track president Noah Gordon. “They will return to FAME to record their next project, scheduled for release in the coming months.”

Shenandoah is currently on the road celebrating their 35th Anniversary Tour.

Shenandoah originally formed in Muscle Shoals, Alabama in 1985. The band has charted 26 singles on the Billboard Hot Country charts, including #1 hits “The Church on Cumberland Road,” “Sunday in the South” and “Two Dozen Roses” from 1989, “Next to You, Next to Me” from 1990, and “If Bubba Can Dance (I Can Too)” from 1994. The single “Somewhere in the Vicinity of the Heart,” which featured guest vocals from Alison Krauss, won both artists a GRAMMY® Award for “Best Country Performance by a Duo or Group with Vocal.” To date, the group has sold millions of albums worldwide.

8 Track Entertainment is a multi-faceted global entertainment company based in Muscle Shoals, Alabama with satellite offices in Nashville, Tennessee. Under the 8 Track Entertainment moniker is a Sports and Entertainment Management division, a Music Production and Publishing entity, and a full-service TV/Film division. Since launching in 2021, 8-Track Publishing has celebrated its first #1 Billboard Hot Country Song (Aaron Lewis / “Am I The Only One”) and first #1 iTunes Country Album (Aaron Lewis / ”Frayed At Both Ends”), and #7 iTunes Country Album (Eddie Montgomery / “Ain’t No Closing Me Down.”). The company has also partnered with the NHRA to produce an exciting live concert series launching in 2022.