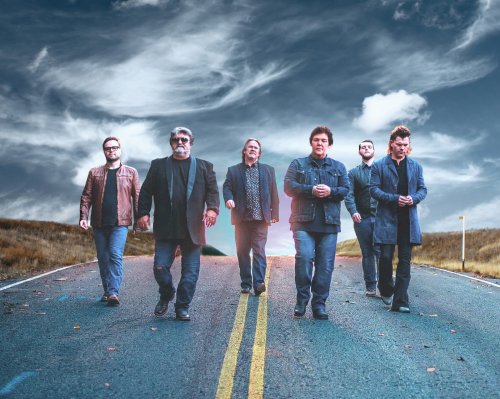 Nashville, Tenn. (Oct. 7, 2021) — GRAMMY® and ACM Award-winning country group Shenandoah has quickly come together to organize a special benefit concert for the family of slain Sheffield, AlabamaPolice Sgt. Nick Risner. Today the band, natives of the Yellowhammer State, announced they will headline the event which will take place on Tues., Oct. 12 at Riverfront Park in Sheffield.

“Our community has been entrusted with a great sorrow,” explains Shenandoah lead singer Marty Raybon. “Nick Risner was a policeman, a hero, and a U.S. Military vet that respectfully served and protected our country, along with our hometown. There is truly no way of knowing how many lives he saved, along with the other officers on the scene from three different police departments: Sheffield, Colbert County and Muscle Shoals.”

The 90-minute event begins at 7:30 p.m. CT and is open to the public. Onsite donations are encouraged. Donations can also be made online via GoFundMe.com.

“We feel the best way to show our respect and gratitude is to put together a benefit to raise money for a family that is heartsick and broken,” adds Raybon. “My prayer is that we raise more than enough money to ease his family’s mind of oncoming bills and expenses. There has already been such a wonderful outpouring of love and giving from neighbors and friends. Join us on the 12th of October. Risner Strong!”

In addition to Shenandoah headlining, the benefit will feature performances by fellow Alabamians Lenny Leblanc and The Travis Wammack Band. Sheffield Police Sgt. Nick Risner, died on Sat. Oct. 2 after being shot in the line of duty.

*Riverfront Park is located at 1416 Alabama Avenue in Sheffield

About Shenandoah
Shenandoah originally formed in Muscle Shoals, Alabama in 1985. The band has charted 26 singles on the Billboard Hot Country charts, including #1 Hits “The Church on Cumberland Road,” “Sunday in the South” and “Two Dozen Roses” from 1989, “Next to You, Next to Me” from 1990, and “If Bubba Can Dance (I Can Too)” from 1994. The single “Somewhere in the Vicinity of the Heart,” which featured guest vocals from Alison Krauss, won both artists a GRAMMY®, Award for “Best Country Performance by a Duo or Group with Vocal.” To date, the group has sold millions of albums worldwide and is a recipient of the Academy of Country Music’s coveted “Vocal Group of the Year” award.