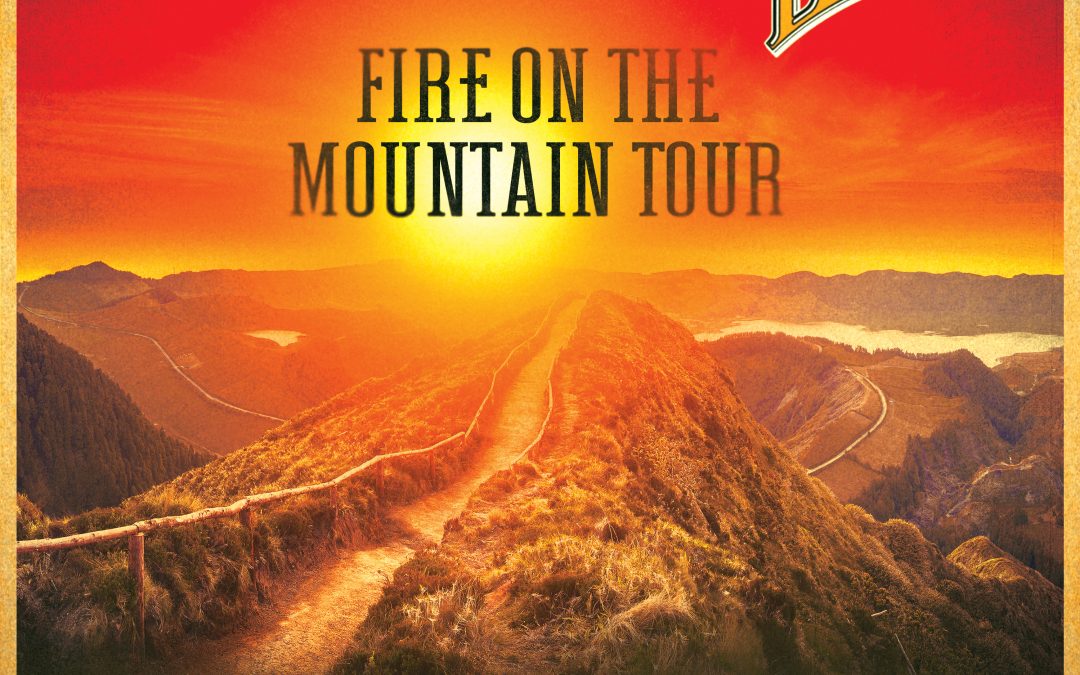 Nashville, Tenn. (January 13, 2020) — This morning, southern rock icons The Charlie Daniels Band (CDB) and The Marshall Tucker Band (MTB) announced the “Fire on the Mountain” tour, a national road show that will bring together two of the genre’s most beloved musical legends.

“The idea of us touring again with the CDB leads to all kinds of possibilities,” says MTB lead singer Doug Gray. “It’s not just about the music, but also the friendships and the reunion with the fans who’ve been with us for many years. We’ll be playing all of our hit songs as well as material from an upcoming re-released vinyl album.”

The tour title is a nod to The Marshall Tucker Band’s 1978 hit song, “Fire on the Mountain,” as well as The Charlie Daniels Band’s 1974 platinum-selling album of the same name.

“We have played more shows with the MTB through the years than any other band and have worked together for over forty years,” adds Daniels. “We have so much history and so many memories and the music is so compatible that when we get together, the audience, CDB and MTB have a big ole southern-style good time.”

The tour kicks-off on April 23 in Enid, OK at the Stride Bank Center.

The “Fire on the Mountain” tour is booked exclusively by APA Nashville.

“Fire on the Mountain” Tour Schedule:

May 2 – Huber Heights, OH – Rose Music Center at The Heights

May 3 – Evansville, IN – Victory Theatre

May 9 – Westbury, NY – Theatre at Westbury

Nearly 50 years ago, The Marshall Tucker Band was founded in Spartanburg, SC. Thanks to hits like “Can’t You See,” “Heard It in a Love Song,” “Fire on the Mountain,” and “24 Hours At a Time,” the 5x Gold, 3x Platinum-selling Southern Rock group has sold millions of albums worldwide. MTB songs have been featured in major motion picture films and television shows including Breaking Bad, Blow, The Box, Swing Vote, Half Nelson, My Name Is Earl, Cold Case Files and Good Guys. CMT (Country Music Television) named the MTB’s “Can’t You See” the #4 Greatest Southern Rock Song. The MTB’s debut album, The Marshall Tucker Band, reigns as Gibson Guitar’s #5 Greatest Southern Rock Album. UltimateClassicRock.com crowned the MTB’s “Can’t You See” as the #1 Southern Rock Song and in 2013, GRAMMY® Magazine named the group’s logo as one of the most distinctive and iconic brands in music.

After four years and three months, two tours overseas with one tour of combat in Iraq as a United States Marine, Scott Brown traded his guns in for guitars and hit the road. Scooter Brown Band was formed and began playing mainly in and around Houston, Texas. They have toured North America and opened for some of their biggest influences including The Charlie Daniels Band, Travis Tritt, Dwight Yoakam, Lee Roy Parnell and The Marshall Tucker Band, just to name a few. With two of the members having served in the military, they dedicate significant time doing work for veteran support organizations like Base Camp 40 – Warriors in the Wild, Lone Survivor Foundation, and the Chris Kyle Frog Foundation. For the last few years the band has been building a new era in their career. Defined as modern southern rock, the band released American Son in late 2017 and was named Artists to Watch by Rolling Stone. Spotify supported the title track of the album on playlists including “Country Rocks,” “Southern Rock 101” and “Texas Music Now.” Brown was featured as a finalist on USA Network‘s “Real Country” in 2018 and was awarded Male Vocalist of the Year at the Third Annual Rocky Mountain Country Music Awards presented by iHeartRadio. In July 2019 they made their debut on the Grand Ole Opry stage, introduced by fellow road warrior, Opry-member Charlie Daniels. The band has continued a rigorous touring schedule while writing with some of the biggest songwriters in Nashville and recording new music set to release in 2020.