TG Sheppard & Kelly Lang Set to Host “Country for a Cause” 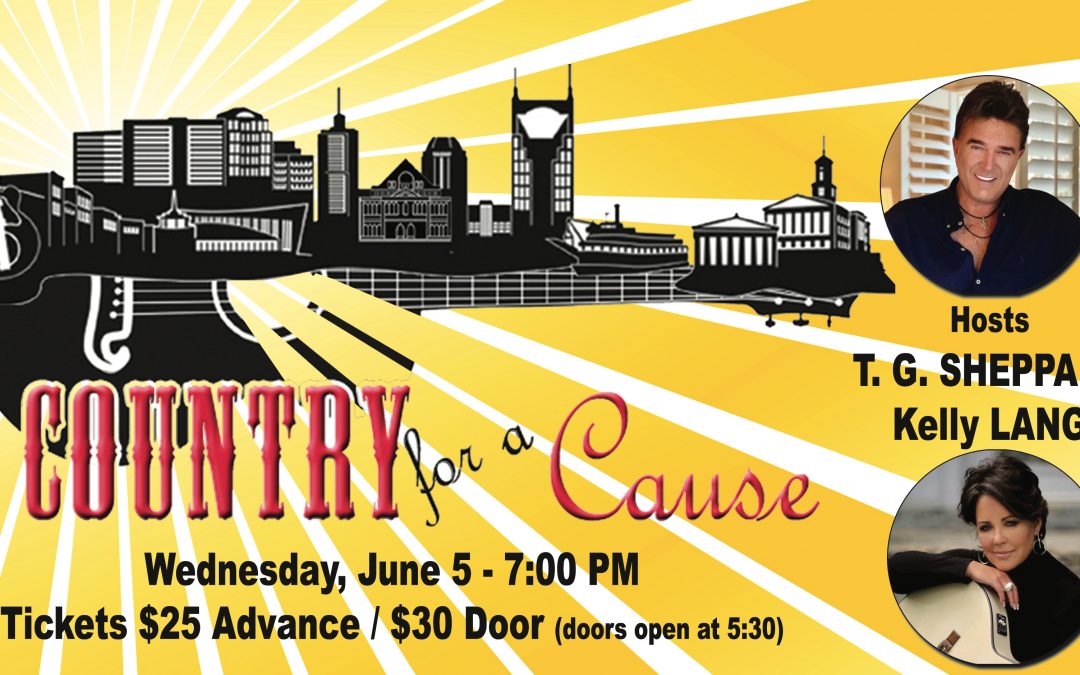 Hosted by one of Billboard‘s”Greatest of All Time Top Country Artists” TG Sheppard and his wife, singer-songwriter Kelly Lang, the event, sponsored by Springer Mountain Farms, boasts some of country music’s greatest hitmakers.

“We feel honored to be asked once again to host this very special event and are excited that so many of country music’s most talented artists are coming to perform and give their time for such a worthy cause,”says Sheppard.

A silent auction will be held during the show with all proceeds being donated to Monroe Carell Jr. Children’s Hospital at Vanderbilt.

Tickets are on-sale now, starting at $25, and can be purchased here: https://www.ticketweb.com/event/country-for-a-cause-hosted-3rd-and-lindsley-tickets/9322325?pl=3rdlindsley&REFID=clientsitewp

About TG Sheppard
TG Sheppard has always had an unstoppable passion for music. That passion, combined with a steadfast dedication to entertainment, has made him one of the most popular live performers in country music today. With 21 #1 hit songs, his live concerts are chock full of his chart-topping tunes like “Last Cheater’s Waltz,” “I Loved ‘Em Every One,” and “Do You Wanna Go To Heaven.” With more than 40 years of show business under his belt, it’s only natural that Sheppard has developed a reputation as a solid performer who delivers exactly what audiences want. All this and more, combined with a steadfast commitment to entertainment, has truly made him one of the great legends in country music.

Kelly Lang spent most of her childhood and youth growing up in the music business as the daughter of Conway Twitty’s road manager. She has performed on Star Search, Nashville Now, Music City Tonight, and the stage of the Grand Ole Opry. In addition, she has shared the stage many times with music icon, Barry Gibb. Over the past few years, she has recorded two critically-acclaimed albums of classic love songs. One of those  albums, Throwback, includes collaborations with Olivia Newton-John, Lee Greenwood and Paul Shaffer. Obsession, her most recent album, is available for purchase now at kellylang.net. Lang is married to country music legend TG Sheppard. The singer-songwriter also recently resurrected her hilarious alter-ego, XOXO. Lang created the character in 2006 as an outlet for coping with her battle with breast cancer. Today she is cancer free.