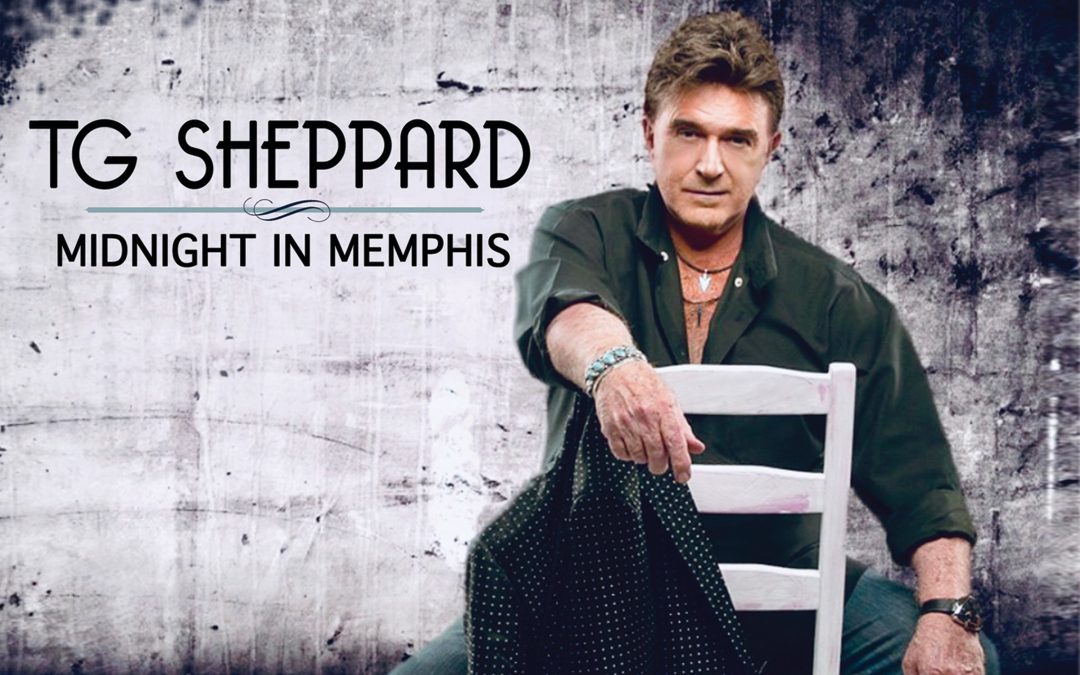 Nashville, Tenn. (November 21, 2019) — As Cowboys & IndiansMagazine proclaimed, “one of the most sought-after live performers in country music,” TG Sheppard performs an intimate concert on SiriusXM‘s Prime Country (Ch. 58) this Saturday, November 23 at 5:00 p.m./CT.

Sharing music from his new album Midnight in Memphis that Digital Journal reviewed as “compelling from start to finish,” Sheppard also dives into his friendship with Elvis Presley, being a teenage runaway, his former life as a radio promotion executive and more.

Sheppard also discusses his weekly radio show The TG Sheppard Show that airs on SiriusXM’s Elvis Radio (Ch. 19) every Friday from 2:00 to 5:00 p.m./CT. Guests of the show include Sir Barry Gibb, Lionel Richie, Dolly Parton and Kid Rock, just to name a few.

Released in October, Midnight in Memphis is the first solo country album Sheppard has released in more than 20 years. Garnering an “A rating” from Digital Journal, the record includes singles “I Wanna Live Like Elvis” and title track — written by Sir Barry Gibb — “Midnight in Memphis.”

About TG Sheppard
TG Sheppard has always had an unstoppable passion for music. That passion, combined with a steadfast dedication to entertainment, has made him one of the most popular live performers in country music today. With 21 No. 1 hit songs, his live concerts are chock full of his chart-topping tunes like “Last Cheater’s Waltz,” “I Loved ‘Em Every One,” and “Do You Wanna Go To Heaven.” With more than 40 years of show business under his belt, it’s only natural that Sheppard has developed a reputation as a solid performer who delivers exactly what audiences want. All this and more, combined with a steadfast commitment to entertainment, has truly made him one of the great legends in country music.