The Boot Premieres New Music Video from Larry Stewart: “What’s That Cowgirl See in Me” 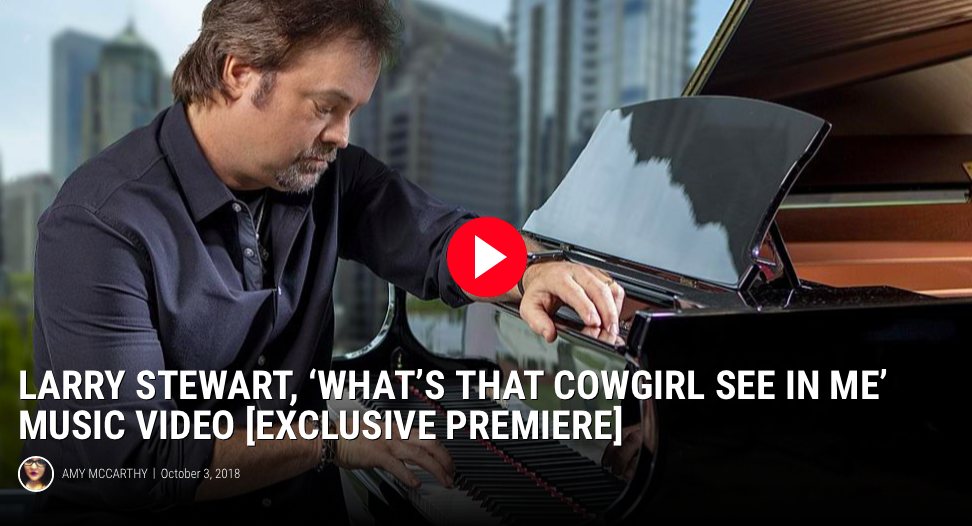 Written by Dave Turnbull and Michael Anthony Mobley, “What’s That Cowgirl See in Me” is the lead single from Stewart’s newly released solo album, Shifting Gears. The tune “mirrors the tender, ballad-style tunes” that Restless Heart is known for, commencing a “revitalization” of Stewart’s successful solo career, proclaims The Boot.

“I’m really proud of my folks at 5 West Media Group, Denise Strother and Mark Mayr for the hard work and creativity that they gave to this project,” notes Stewart. “It’s the first solo video I’ve done in 20 years, and I really appreciated the opportunity to shoot one on the first single from my new album, Shifting Gears!”

Shifting Gears is available now and can be streamed and downloaded via all digital providers.

When Larry Stewart first moved to Nashville, he had his share of menial Music Row jobs, from a stock clerk at the Country Music Hall of Fame and mowing grass at BMI to running tape copies at MCA Music. It was while working at MCA though that longtime family friend Jerry Crutchfield coaxed Stewart into singing a few demos for his brother Jan. The word quickly spread about the young man with a voice that mixed strength and intimacy with a honest raggedness that made him real. Suddenly, Stewart was an in-demand demo singer, and it wasn’t long until destiny came knocking in the form of Tim DuBois who was putting together a band called Restless Heart. To date, Restless Heart is one of the most successful groups in country music history. The band has placed over 25 singles on the charts with six consecutive #1 hits, recorded four albums certified Gold by the RIAA and have won a wide range of awards including the Academy of Country Music’s “Top Vocal Group.” For more information on Larry Stewart, visit larrystewartmusic.com.