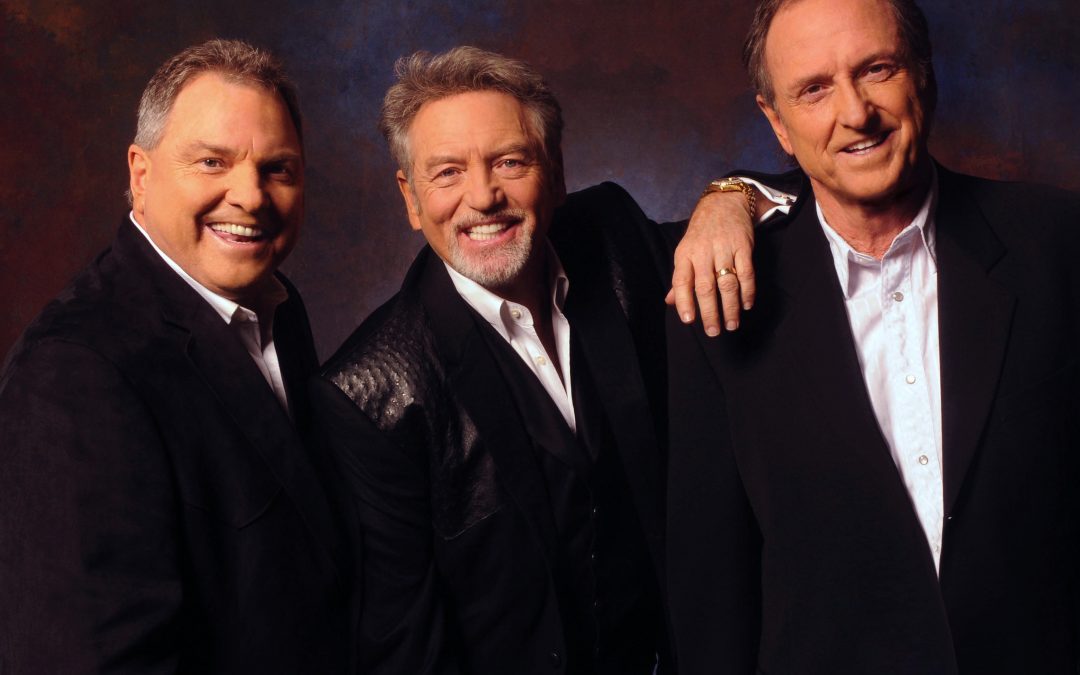 “The man who loves his job is always on vacation,” says Larry. “Well, I’ve been on vacation with my two best friends, brother Steve and brother Rudy, for 65 years, singing our music for millions of wonderful people. I am greatly blessed!”

Sixty-five years ago this spring, Grand Ole Opry members (for 43 years) the Gatlin Brothers began singing together as children. It all began in Abilene, Texas, in 1955, when Larry was six, Steve was four and Rudy was two. Led by their mother, the young trio sang at various church and public events throughout Texas, honing their craft with each performance. As the years went by, the brothers continued their musical journey that eventually led them to mainstream success in the late 1970s. Platinum and Gold-selling albums and a throng of hit songs (including “All the Gold in California,” “Broken Lady,” “Houston (Means I’m One Day Closer to You)” and “I Just Wish You Were Someone I Love”) thrust the brothers into stardom, making them household names by the mid 1980s.

Throughout the years, the Gatlins have performed in thousands of live concert venues including some of the most prestigious in the country: the White House, the Grand Ole Opry, Carnegie Hall, Madison Square Garden, the Houston Astrodome and more.

The national tour kicks off tonight, January 17, at the Meyer Theatre in Green Bay, WI. More dates will be announced in the coming weeks at gatlinbrothers.com.

About Larry, Steve & Rudy: The Gatlin Brothers
The close family harmonies of Larry, Steve & Rudy: The Gatlin Brothers have given the trio a signature sound that led to country classics like “All the Gold in California” and “Houston (Means I’m One Day Closer to You).” The brothers won a GRAMMY® for their 1976 breakthrough hit, “Broken Lady,” and reached #1 with several other songs soon thereafter. Along with five career nominations for the ACM Vocal Group, the Gatlin Brothers picked up three 1979 trophies: Single of the Year (“All the Gold in California”), Album of the Year (Straight Ahead) and Male Vocalist of the Year for Larry Gatlin. The brothers were also nominated for multiple CMA Awards including Vocal Group of the Year, Single of the Year, and Entertainer of the Year. Larry Gatlin has written songs recorded by Elvis Presley, Glen Campbell, Barbra Streisand, Johnny Cash, Kris Kristofferson, Dottie West, Roy Orbison, Barry Gibb and countless gospel artists including the Gaither Vocal Band, the Booth Brothers, the Isaacs and many more. Larry was formally inducted into the prestigious Nashville Songwriters Hall of Fame in the fall of 2019. After 65 years of music, the brothers continue to perform nearly 70 live concert dates each year.