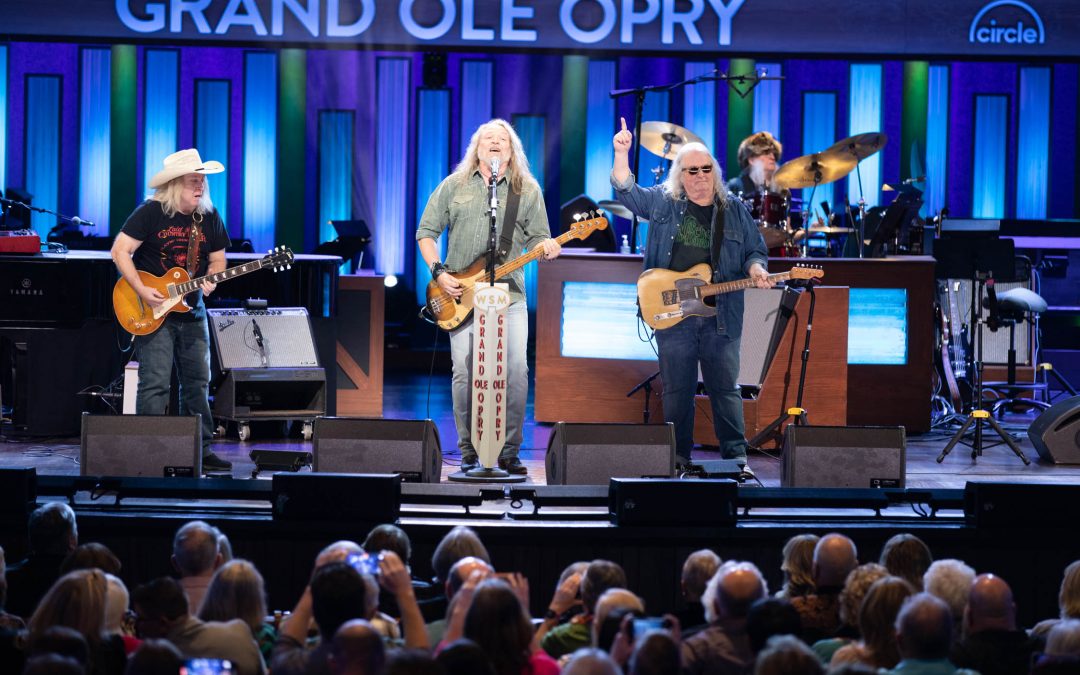 Nashville, Tenn. (Dec. 7, 2021) — This past weekend (Sat., Dec. 4), GRAMMY® Award-winning southern rock, blues and country group The Kentucky Headhunters officially made their debut on the stage of the Grand Ole Opry.

The Headhunters were overwhelmed with the evening, which marked the band’s first Opry performance in their 30 years as entertainers. Guitarist and vocalist Richard Young explains:

“Living just north of the Grand Ole Opry in Edmonton, Kentucky, I guess we never completely understood how fortunate we were to have such a monument of American history at our back door and that folks travel worldwide to come and be a part of the Opry experience. It’s kind of like folks who live in New York City who have never visited the Statue of Liberty. That all changed for The Kentucky Headhunters the moment we arrived and stepped off our bus. From the time we entered the Grand Ole Opry, everything became very electric and almost surreal! Meeting all the wonderful folks who work there and their help to make our Opry debut a one-of-a-kind experience, as well as the Opry crowd’s response to our performance, was nothing short of overwhelming. I must say the cherry on top was to see how proud our family and friends were of us to accomplish this wonderful milestone in our musical career. We kinda felt like Dorothy when she landed in Oz!”

During their set, the Headhunters performed “Dumas Walker,” “Stumblin,'” and their new Christmas tune, “Let’s All Get Together and Fight.” They left the stage to a standing ovation.

Grand Ole Opry member Ricky Skaggs, who also performed on the Saturday night show, was thrilled for his fellow Kentuckians.

“It was such a joy to be with my friends The Kentucky Headhunters for their Grand Ole Opry debut last Saturday night,” says Skaggs. “They did great and received a standing ovation. I’m sure they will be back again soon.”

In October, the Headhunters released their first album of all-new material in half a decade. The twelve-track compilation, That’s A Fact Jack!, is available now via Practice House Records (distributed by BFD). The album is available to stream/download now HERE.