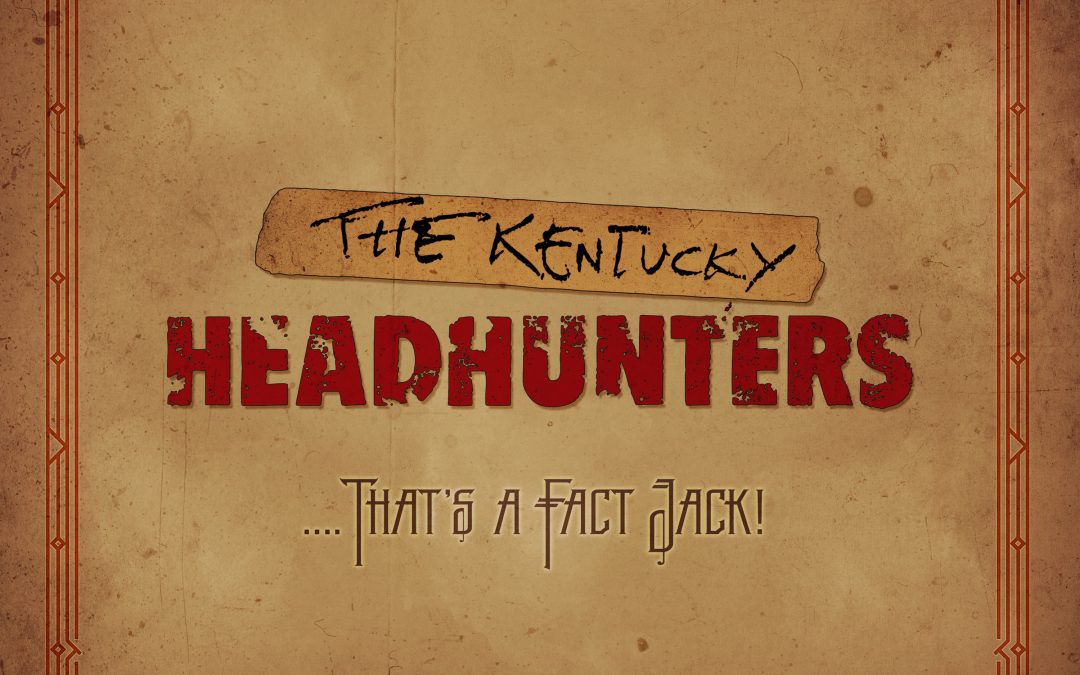 Nashville, Tenn. (Sept. 22, 2021) — Today, GRAMMY® Award-winning southern rock, blues and country group The Kentucky Headhunters announced their latest album, That’s A Fact Jack!, set to release on Oct. 22 via BFD / Audium Nashville. The upcoming project marks the Headhunters’ first album of brand new material in half a decade. Blame it on the shutdown. When The Kentucky Headhunters watched their 2020 dates go up in smoke, they knew with or without live dates, they’re a band, and bands have to play. After a half century of coming together at Mama Effie’s Practice House, first as Itchy Brother, then The Kentucky Headhunters, as well as watching next generation hard rockers Black Stone Cherry come into their own sound, the idea of not making music wasn’t something they could stomach.

“We’re a band,” says guitarist/vocalist Richard Young. “We play. When all our shows got cancelled, we decided we were gonna go up to the Practice House and play. Then we figured we might as well go into the studio, but instead of having an agenda or some idea of ‘what’ was this supposed to be, we all looked at each other and went, ‘Well, what do you do? ’No discussions, no trying to be something. Just ‘What do you want to play?’”

From the first drum crack and building pound of the title track, “That’s A Fact, Jack,” there’s a plea to come to our senses, drill down and find ways to come together. That notion of coming together informs the hip-checking shuffle of “How Could I,” a more personally beseeching song of apology and fixing it with some searing guitar and a tumbling backbeat.

Indeed, That’s A Fact Jack! may be The Kentucky Headhunters’ most coherent, yet eclectic album ever. Whether the creeping blues-burner “Gonna Be Alright,” the sinewy, sensuous “Susannah,” the slow turn reckoning “We Belong Together” or the dynamic minimalist reflection “Watercolors In the Rain,” the Heads continue sowing the good vibes, the better guitar sounds and enough groove to keep the room rocking.

Blame it on England. When The Kentucky Headhunters were growing up, the Rock & Roll coming across “the pond” – hard rock bands Led Zeppelin, CREAM, Cactus and the Rolling Stones, as well as the Beatles, Kinks and Faces – made its way to Edmonton, Kentucky where Richard and Fred Young and their cousin Greg Martin were raised. It also permeated the Missouri bootheel, where Doug Phelps, who was born in Leachville, Arkansas, grew up.

“Susannah” was first inspired from the passing of one of Phelps’ long time musical influences and eventual friend, Levon Helm, drummer and vocalist for The Band. “He and I were both born in Arkansas and I always felt a connection to him because of that,” he says. “It hit me pretty hard when I heard of Levon’s passing and I just kept hearing him sing ‘Ophelia’ in my head. That led me to singing ‘Susannah’ in its place and once that started, the story fell into place for me and I couldn’t write the lyrics down fast enough!”

The Merseybeat-steeped “Cup of Tea” draws on a time long gone, but somehow feels fresh and sparkling in the innocence of drummer Fred Young’s raw-boned vocal delivery. The drummer brother also contributes a full-frontal take on Rick Derringer’s “Cheap Tequila,” equally redolent of a time when rock was wild, untamed and elegantly squalid.

Blame it on nostalgia. But only the most frisky, vital sense. When the Heads converged on Barrick Record Studio in Glasgow, Kentucky, they were amazed at how fluid and fun these sessions were. Richard Young admits, “To be honest, this band plays everything… and we just decided to play everything we loved. T.J. Lyle from the (Georgia) Thunderbolts was up visiting. We got to writing lyrics to some of these songs.”

“Shotgun Effie,” with its seek-and-destroy guitar riff and hammer down drumming, was Itchy Brothers very first single. Still in high school, it was the first record the boys put out, and nearly fifty years later, this raging ode to a silver-haired leadfoot, Grandmother Effie, is every bit as raucous and fun.

“Don’t worry about the labels, man,” says Richard Young. “How’s it make you feel? If you ask me, this is modern society Southern Rock & Roll. It’s for the times and the people. It’s all the influences and all the things we love, all the things with no borders or worrying about what doesn’t fit.”

Over the next few weeks leading up to the drop date, the band will release two new singles from the album: “How Could I” on Sept. 24 and “That’s a Fact Jack” on Oct. 8. Upon its release, the album will be available to stream/download. Pre-order now HERE.

3. Watercolors In the Rain

12. Let’s All Get Together and Fight