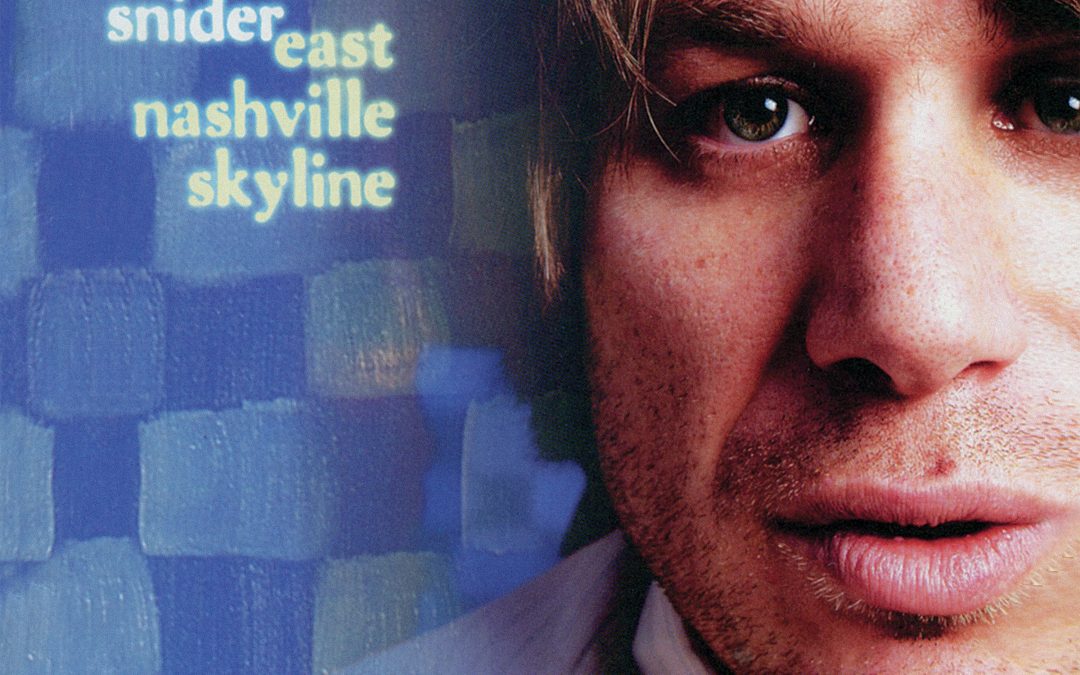 Nashville, Tenn. (October 8, 2019) — Todd Snider fans rejoice! “If you’re in the know,” fans might’ve noticed a cryptic message on Snider’s website that alluded to something happening with the journeyman’s “wittiest and feistiest album of his career,” (Pitchfork) East Nashville Skyline.

Acclaimed by Paste Magazine as “one of the finest songwriters and best-kept secrets in the musical world,” Snider is releasing his most popular album on vinyl on Friday, November 15, 2019. Originally released in 2004, the vinyl edition comes just in time for the project’s 15th anniversary. The vinyl also includes a digital download card.

“I was as surprised as anyone to hear that East Nashville Skyline had gone on to surpass Garth Brooks’ Dark Side of the Moon album to become the number one selling album of all time, in any genre,” says Snider. “It still sounds crazy when I say it. What can I say? I am humbled.”

The “bipolar love child of Arlo Guthrie and James Dean,” Snider created his sixth studio album straight out of rehab, delivering 12-tracks that heed to his “usual puckish, alternate-folk-and-countrified-blues-rock mold” (No Depression) that gained him a cult following more than a decade ago.

“I think you can directly trace the rise of East Nashville, both musically and culturally, to Todd’s (2004 album) East Nashville Skyline,” said the Country Music Hall of Fame and Museum‘s Peter Cooper in a 2016 article of The Tennessean. “That was the first time most people outside of this area ever heard of East Nashville. And the album embodied the spirit, grit, and artistry of East Nashville.”

Ranked in 2004 by PopMatters as the “7th best album of the year,” East Nashville Skylineon vinyl is available for pre-order now HERE.

6. The Ballad of the Kingsmen