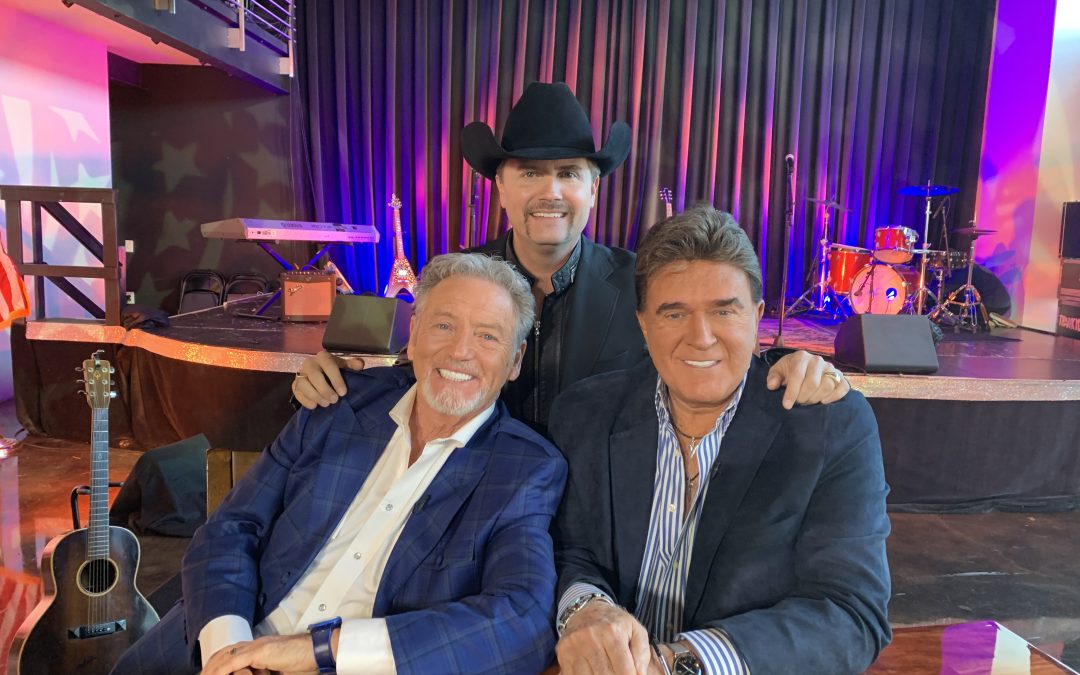 Nashville, Tenn. (May 18, 2020) — Country music legends Larry Gatlin and TG Sheppard sit down withfellow country star John Rich on Season 2of his hit show The Pursuit! With John Rich. The entire season, including Gatlin and Sheppard’s episode, is available to stream today on Fox Nation.

Filmed at Rich’s home in Nashville, Tennessee, Gatlin and Sheppard delve into their personal journey to achieving the American dream, navigating their lengthly musical careers and life in the spotlight.

For a glimpse into the new season, watch the trailer HERE.

The Pursuit! With John Rich Season 2 launched today, May 18, and is available only on Fox Nation.

TG Sheppard has always had an unstoppable passion for music. That passion, combined with a steadfast dedication to entertainment, has made him one of the most popular live performers in country music today. With 21 #1 hit songs, his live concerts are chock full of his chart-topping tunes like “Last Cheater’s Waltz,” “I Loved ‘Em Every One,” and “Do You Wanna Go To Heaven.” With more than 40 years of show business under his belt, it’s only natural that Sheppard has developed a reputation as a solid performer who delivers exactly what audiences want. In addition to his regular touring schedule, Sheppard put on a different hat in 2019 when he signed on with SiriusXM to host The TG Sheppard Show on SiriusXM’s Elvis Radio Channel 19, airing every Friday at 3:00 p.m./ET. All this and more, combined with a steadfast commitment to entertainment, has truly made him one of the great legends in country music.