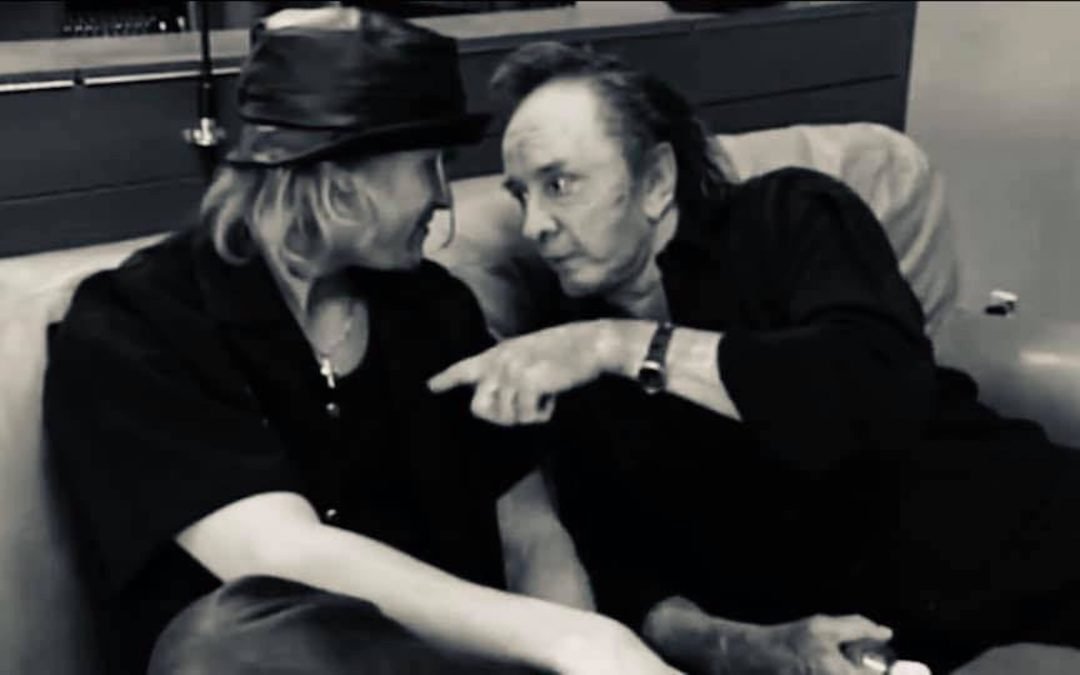 Nashville, Tenn. (February 26, 2021) — Ira Dean of Trick Pony fame talks Johnny Cash on tonight’s edition of Spicer & Co. on NEWSMAX-TV. This evening at 6:20 p.m. / ET, Dean, along with Cash’s son, John Carter Cash, will appear on the national television program to discuss the legacy of the “Man in Black” as well as the new tribute album, Johnny Cash: Forever Words (Expanded Edition). Today would have been Cash’s 89th birthday.

Dean first met the Cash’s when he struck up a friendship with John Carter while they were both working at a venue in Nashville. Dean was confiding in John Carter about how he was planning to move back home. He only had a few dollars to his name, when the Cash’s — Johnny, June and John Carter — said he could stay with them. From that one act of kindness, Dean began touring in John Carter’s band, playing the drums and bass, and opening up for the one-and-only Johnny Cash. Dean remembers June saying Dean was the “house pet that they fed and never left.”

While staying with the Cash’s, Dean also honed his songwriting skills. “When writing songs, son, you stick with the truth,” Dean remembers of the advice Cash gave him.

Dean has since gone on to write chart-topping hits for artists such as: Trace Adkins, Gary Allan, Rascal Flatts, Uncle Kracker, Montgomery Gentry, Aaron Lewis, Joe Nichols, Jake Owen and Chris Young. Before his death, Cash promised Dean that if he ever got signed to a major label he would sing on one of his records. In 2000, Dean was signed to Warner Bros. Records as a part of the country music band Trick Pony, and Cash made good on his 10-year-old promise and joined the band in studio to record their track “Big River.” Dean vows all of his success in country music is because of the Cash family. Without them, he would have moved back to North Carolina to be a maintenance man.

Listen to Dean’s tribute to Johnny Cash “Let it be Tonight” from the just-released Johnny Cash: Forever Words (Expanded Edition) here. For more information on the project, click here.

GRAMMY®-nominated and AMA and ACMAward winner Ira Dean was a founding member of the country music trio Trick Pony alongside co-founder Keith Burns and lead vocalist Heidi Newfield. The band signed a record deal in 2000 and recorded three studio albums, Trick Pony, On a Mission, and R.I.D.E, scoring four Top 20 hits on the Billboard Hot Country Songs chart. Beginning his career as a drummer and bassist for John Carter Cash, Dean owes his entire career to the Cash Family who let him stay with them, when he was ready to move back to North Carolina and give up his musical aspirations. As a member of John Carter’s band, Dean toured and opened for the legendary Johnny Cash who helped him hone his songwriting skills. Dean has since gone on to write chart-topping hits for artists such as: Trace Adkins, Gary Allan, Rascal Flatts, Uncle Kracker, Montgomery Gentry, Aaron Lewis, Joe Nichols, Jake Owen and Chris Young.