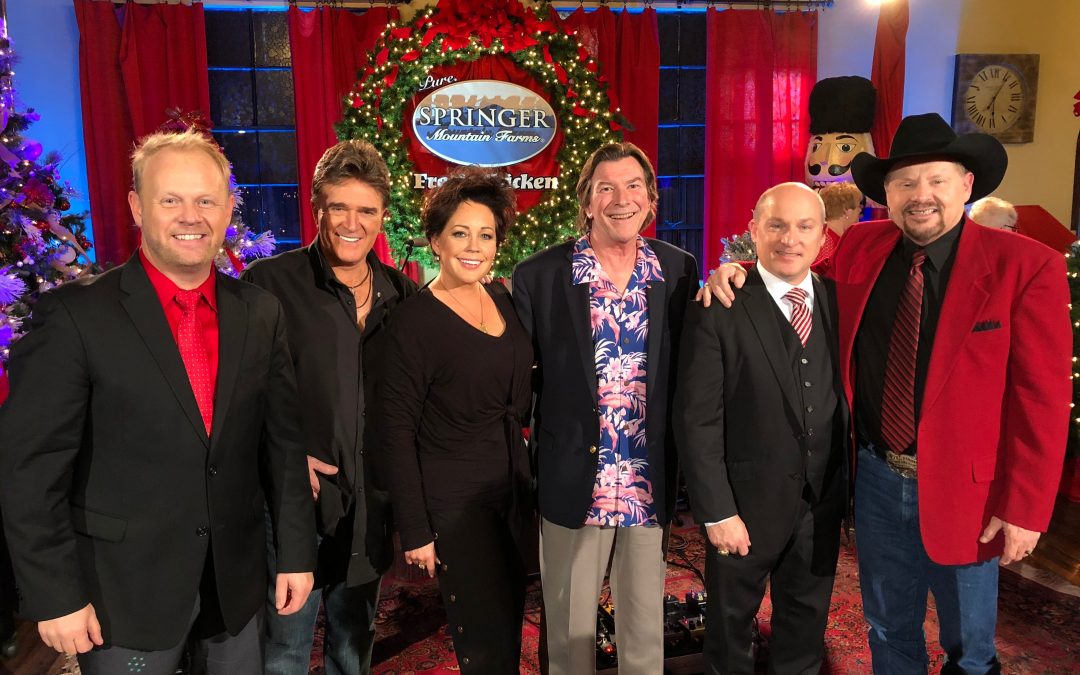 During the show, the couple will put a contemporary twist on “White Christmas,” performing the seasonal favorite as a duet. The show is sponsored by Springer Mountain Farms.

Kelly Lang spent most of her childhood and youth growing up in the music business as the daughter of Conway Twitty’s road manager. She has performed on Star Search, Nashville Now, Music City Tonight, and the stage of the Grand Ole Opry. In addition, she has shared the stage many times with music icon, Barry Gibb. Over the past few years, she has recorded two critically-acclaimed albums of classic love songs. One of those albums, Throwback, includes collaborations with Olivia Newton-John, Lee Greenwood and Paul Shaffer. Obsession, her most recent album, is available for purchase now at kellylang.net. Lang is married to country music legend TG Sheppard.

Moe Bandy’s country music accomplishments are many, including ten #1 songs, 40 Top Ten hits, 66 charted hits, five Gold Records and numerous ACM and CMA Awards. He started his recording career while he was a sheet metal worker in San Antonio, Texas, but after a decade of hard labor, Bandy traded his sheet metal for Gold albums. In the mid-seventies when the country pop Kenny Rogers, John Denver and the outlaw sound of Waylon and Willie was all the rage, along came the traditionalist Moe Bandy.