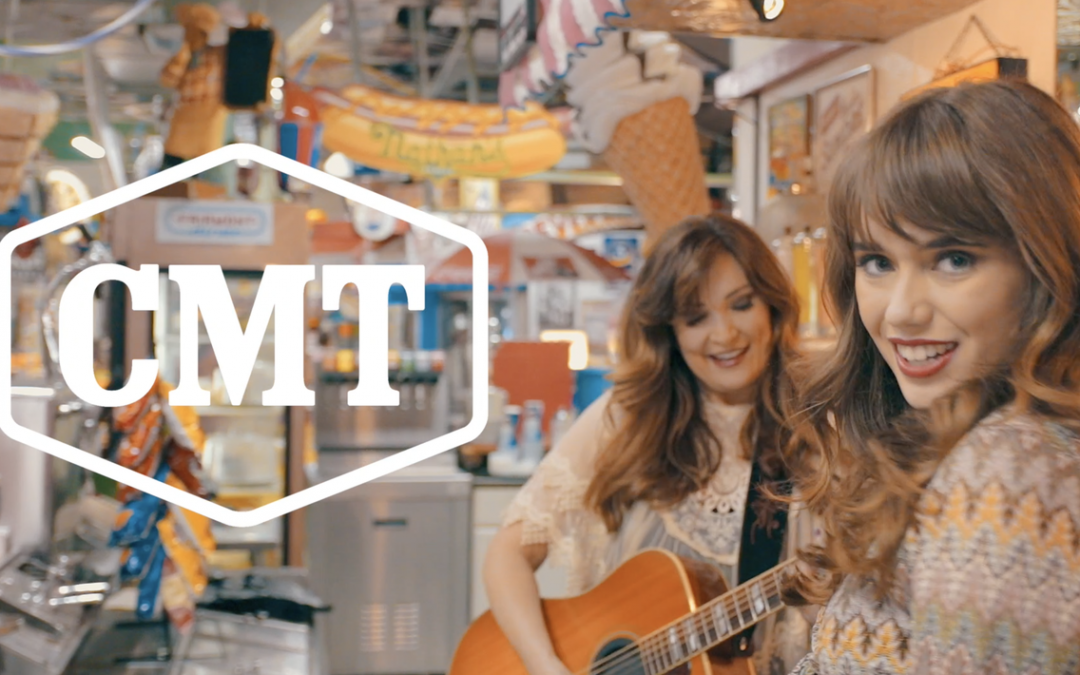 Drawing comparisons to The Band Perry and Taylor Swift (MegaCountry.com), the Omaha natives released the tune earlier this year, where the “cleverly crafted heartbreak song in disguise” (The Boot) spent the summer on Apple Music’s “Cool Country” playlist.

When concocting the video’s storyline, Kelli (daughter) and Jaymie (mother) brainstormed for hours before the idea to emulate the diner from CBS’s Two Broke Girls comedy series was mentioned, running with the idea to put “heartbreak in a pretty cute party dress” (Taste of Country).

The Belles, Omaha-bred mother/daughter country duo Jaymie (Mother) and Kelli (Daughter) Jones, are a clear-voiced act with an underdog spirit and a crisp tone that make them shiny newcomers to the country music scene. Lead vocalist Kelli even won “Female Vocalist of the Year” at the 2017 Rocky Mountain Country Music Awards. On their debut four-track EP, The Belles enlisted the help of award-winning Nashville producer, Mickey Jack Cones (Jason Aldean, Dustin Lynch, Walker McGuire) to create a project that showcased their ingratiating sound. Out on the road all year long, The Belles have opened for Brett Eldredge, Old Dominion, Dan+Shay, Eli Young Band and many more, playing stages such as CMA Fest, Country Stampede, Tumbleweed, Song Suffragettes, and more. With a sound that is reminiscent of the Dixie Chicks and Miranda Lambert, Kelli and Jaymie mix melodic harmonies with a high energy live show that is sure to keep the crowd on its feet. For more information on The Belles, visit bellesmusic.com.